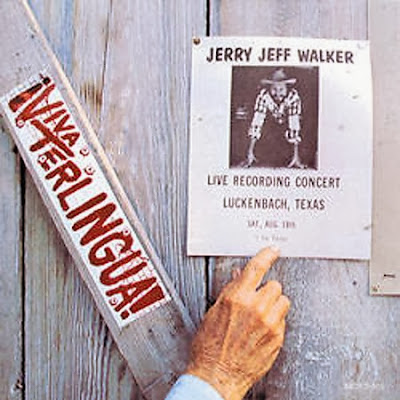 "Mr Bojangles" songwriter Jerry Jeff Walker's Viva Terlingua! must have offered Jimmy Buffet a blueprint for the rest of his career. It's full of good-time, hangover-healing progressive country tunes including the legendary Ray Wylie Hubbard satiric number "Up Against the Wall Red Neck Mother". Other "must hears" are Guy Clark's "Desperadoes Waiting For a Train" and Gary P. Nunn's Austin City Limits anthem "London Homesick Blues" with its unforgettable refrain "I want to go home with the armadillo..."

Somehow, despite constant touring, Irish blues rocker Rory Gallagher found the time to write nine new tunes and record them with his well-honed, now semi-telepathic band. Here's a great starting place to get yourself hooked on this amazing talent, who should be mentioned in the same breath as Eric Clapton and Jimmy Page.

With the help of Deep Purple bassist Roger Glover as producer, Nazareth broke out in a big way in 1973, releasing the hard rocking Razamanaz followed by Loud 'n' Proud. The rollicking UK#11 single "This Flight Tonight" barely resembles Joni Mitchell's original. There's also a trudging cover of Dylan's "The Ballad of Hollis Brown." The Scottish hard rockers would finally seduce US audiences in 1973 with the two-million selling Hair of the Dog

The heartbreaking photos on the cover say more about the state of the George Jones Tammy Wynette marriage than the songs. The title cut topped the Country charts while the novelty tune "(We're not) The Jet Set" remains an all-time fan favorite.

Before the O Brother Where Art Thou soundtrack was released in 2007 ( selling nearly 8 million copies to date), this two-LP from Bill Monroe's bluegrass festival in Bean Blossom, Indiana was THE bluegrass album to own if you were only going to own one. The CD release offers selections from Bill Monroe and the Bluegrass Boys, Lester Flatt and the Nashville Grass and more of the top bluegrass acts of the day.