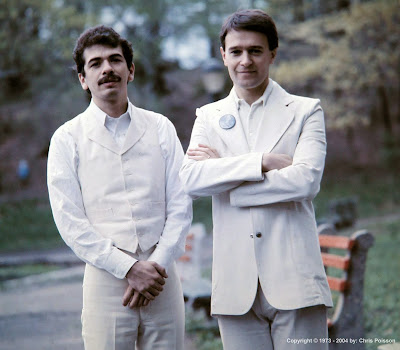 In the November 24, 1973 edition of Billboard Magazine an editor noted what appeared to be a new trend: shorter hair among rock stars.

"Close-cropped hair is cropping up a la Mahavishnu John McLaughlin. The near skinhead is typified by John Lennon on the cover of the current Apple album Mind Games and last week at New York's Academy of Music, the new Hot Tuna band ( new in that Papa John Creach no longer plays with them) found guitarists Jorma Kaukonen and Jack Casady with G.I. haircuts. "I just got tired of it," claimed Kaukonen, speaking of his former shoulder length tresses which took him nine years to achieve. Mick Jagger surfaced with the look earlier this year at the Nicaraguan benefit in Los Angeles and rumor has a major rock performer, in the deca-rock genre, speaking to his barber.