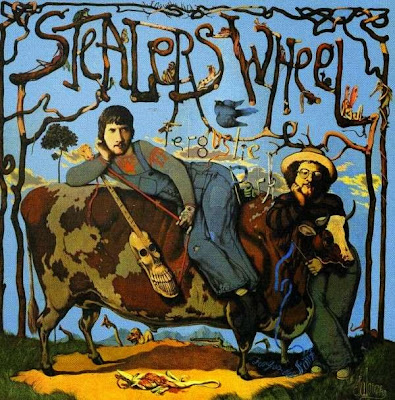 There was already a glut of post Beatles music on the market when the Lennonesque Stealers Wheel and the McCartneyesque Badfinger released albums in November of 1973. Ringo's album had entered the US charts at #15. Harrison's Material World was still in the charts, at #133. McCartney's Red Rose Speedway was at #167 but his new UK single, "Helen Wheels" had just been released. Lennon's single "Mind Games" was climbing the US  pop charts at #60 with a bullet while The Beatles 1967-1970 ( at #86) and 1962-1966 ( #111) were still selling strong numbers. 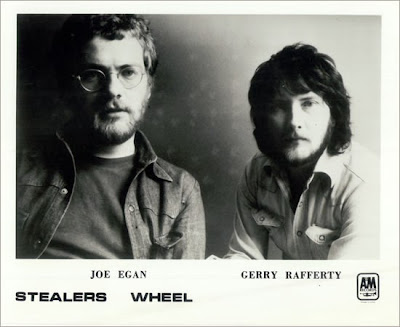 Gerry Rafferty had quit Stealers Wheel when "Stuck in the Middle With You" hit #2 in the Summer of 1973. He came back. He and Joe Egan fired three members of the band and used studio musicians, including ex Spooky Tooth guitarist Luther Grosvenor, on the Leiber/Stoller produced Ferguslie Park.

The "Star" single peaked at #29 in the US and failed to propel the album into big sales. It's one of  a number of songs that seem to criticize the music business. ( Well, that did work on "Stuck"). There's not a lot on this album that will make you bow down to the band's genius, but there are some very worthy songs, including the rocker "Blind Faith" and, our deep cut selection,  Rafferty's "Who Cares". 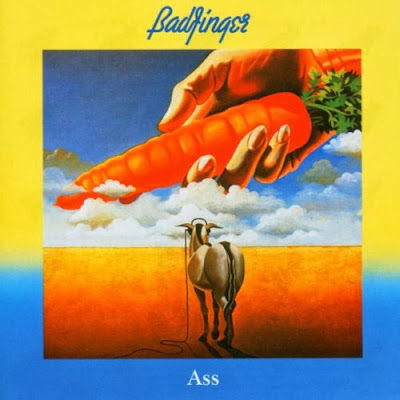 With Ass, Badfinger's string of albums for the Beatles' Apple label ends on a mediocre note, which is all the more disappointing when you consider how great the previous album, Straight Up, remains. Badfinger's relationship with Apple was in turmoil, thanks to a dispute over songwriting royalties. Producer Todd Rundgren quit during the sessions. Badfinger's manager was negotiating a $3 million deal with Warner Brothers in what would prove to be a disastrous move. Surely no band was treated as badly as Badfinger, who gave Apple "the finger" with its cover of a giant carrot being dangled in front of a goat and a lead off single, called "Apple of My Eye" which begins "Oh I'm sorry but it's time to move away..."