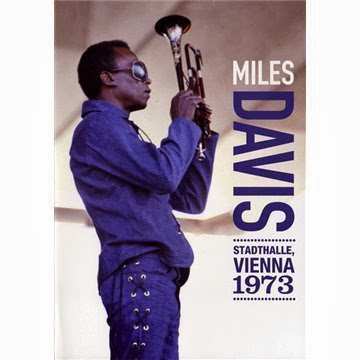 On November 3 1973 Miles Davis performed tunes that would show up on his live albums Agharta , Pangaea and Dark Magus.  Davis' group included Dave Liebman on sax and flutes, Reggie Lucas on Electric Guitar, Pete Cosey on electric guitar and percussion, Michael Henderson on bass, Al Foster on drums and James "Mtume" Forman on conga and percussion. This is heavy music, with one platform shoe immersed in dark funk ( the one that leans on the wah wah pedal)...and the other in space jazz.

The critics panned a lot of what Davis was doing these years...calling the music "sloppy". Davis himself was in pain. He had arthritis in his hips, ulcers and medicated himself with far too much alcohol and cocaine. After a Newport Jazz performance in 1975, Davis would retire from the public eye for six years.