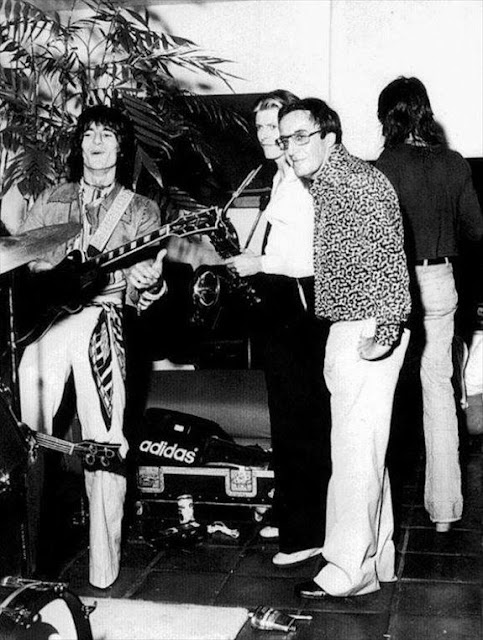 On September 2, 1975 Peter Sellers celebrated his 50th birthday party early by hosting a party at his L.A. home that would turn into a jam session featuring  Ron Wood on guitar, Bill Wyman on bass, Keith Moon on organ and David Bowie on sax. Joe Cocker sang and even Cary Grant stopped by. The musicians called their impromptu jam band Trading Faces. 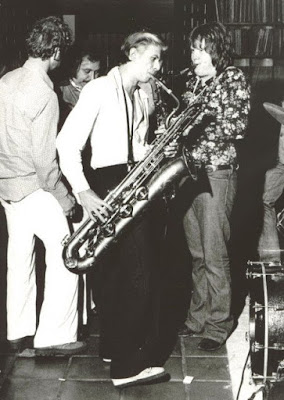 Bowie had just wrapped shooting The Man Who Fell To Earth in the New Mexico desert and was now renting a house in Bel Air.
His latest single, "Fame", recorded with John Lennon, would top the US pop charts twice, on September 20th and again on October 4.

In a poll of Creem Magazine Readers, David Bowie's "Fame" was rated the best single of 1975.
Top Singles