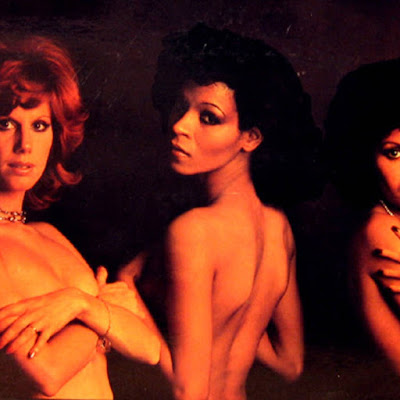 Fifteen years before Milli Vanilli became infamous for lip synching to vocals that weren't their own, another German group pretended to be the original singers of a huge Hot 100 hit. That's because the disco success of "Fly Robin Fly" caught everyone by surprise. By mid-September of 1975 it was either the #1 or #2 hit in New York and Miami discos. The German producers failed to get the original female background singers to agree to terms so they were replaced by three singers already signed to the Jupiter label: Penny McLean, Ramona Wolf and Linda G Thompson. They would tour the world as Silver Convention and watch "Fly Robin Fly" top the US Hot 100 for three weeks. Here's where the Milli Vanilli comparisons end. When it was time to record the follow-up, "Get Up And Boogie",  that really is McLean, Wolf and Thompson singing. 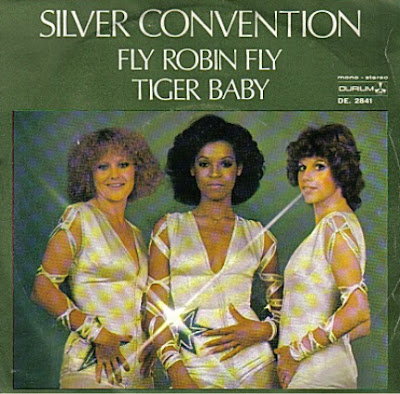 Have you ever seen an audience refuse to get into the spirit of the disco craze like the people below?