40 Year Itch : Take A Little Trip With Me 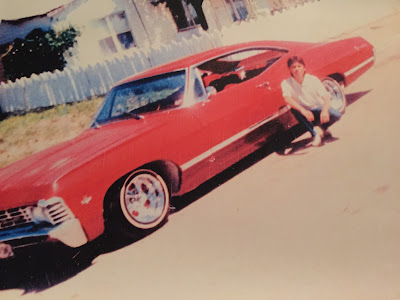 On the week of September 20, 1975 , the new War single "Low Rider" entered the Billboard Hot 100 charts at #78. The car customizing anthem would eventually spend two weeks at #7. Some historians see the tune as a good reflection of Black-Chicano relations as more Mexican Americans moved into traditional African American neighborhoods of South Los Angeles. After all the sog begins with the lyrics: "all my friends know the lowrider."