40 Year Itch : The Hottest Band in the Land! 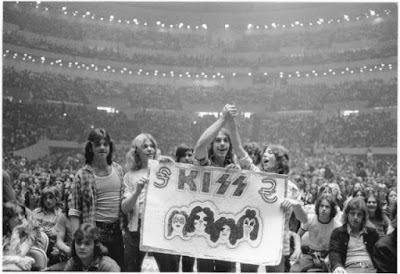 "Alive! was the first album I ever bought. And I wasn't alone: you can hear their influence all over metal and punk."
-Kim Thayil of Soundgraden

But how live was Alive!?

No doubt it was common practice for bands to go back into the studio with their live recordings and over-dub parts here and there. KISS was a band that raced around the stage, posing and preening and spitting blood and fire. Nailing a great vocal was never as a big a deal as putting on the best possible show. That's why, as Ace Frehley writes in No Regrets, KISS took over-dubbing to extremes:

We all went into Electric Lady, and for the better part of three weeks we tinkered and tweaked...and sometimes completely overdubbed songs. None of us got off the hook completely. There were times when (producer) Eddie (Kramer) was unhappy with Paul's singing or Gene's singing. While he was generally pleased with my solos, I didn't nail every note was well as I might have. Sometimes Peter's tempo was off just a bit on the drums. As the studio sessions went on we became increasingly flexible in terms of what we considered to be acceptable doctoring. We all agreed Eddie had a strong ear and a great production sense. We trusted that he could bring Alive! to life in a way that could please our fans without compromising our integrity.

Does it matter if Alive! was truly a live album? Not to Frehley:

It's a terrific album, true to the KISS spirit in every way. Nothing gives me greater pride than to hear some young guitarist say he learned how to play by listening to Alive! ...Alive! is an iconic album, one that reflects as clearly as possible what it was like to be at a KISS concert in 1975.
Isn't that what counts? 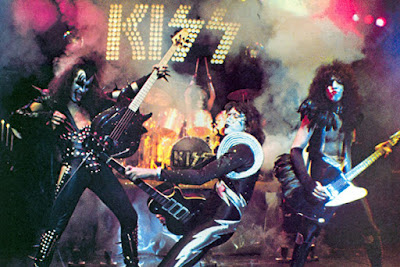