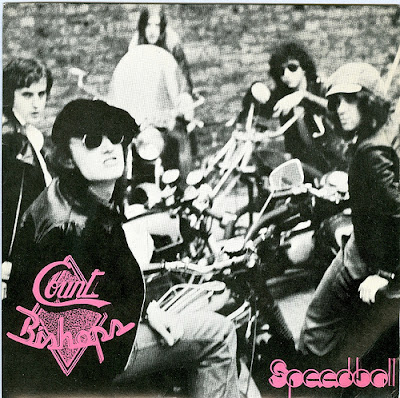 Named for a New York City gang by American vocalist Mike Spenser,  The Count Bishops were a London band that sped up the roots rock sound of the Rolling Stones earning favor with the pub rock crowd who favored Dr Feelgood and Eddie and the Hot Rods over the mellower bands like Kursaal Flyers and Clancy. Punk impresario Malcolm McLaren wondered aloud whether Spenser was the right vocalist for a new band he was putting together, The Sex Pistols.