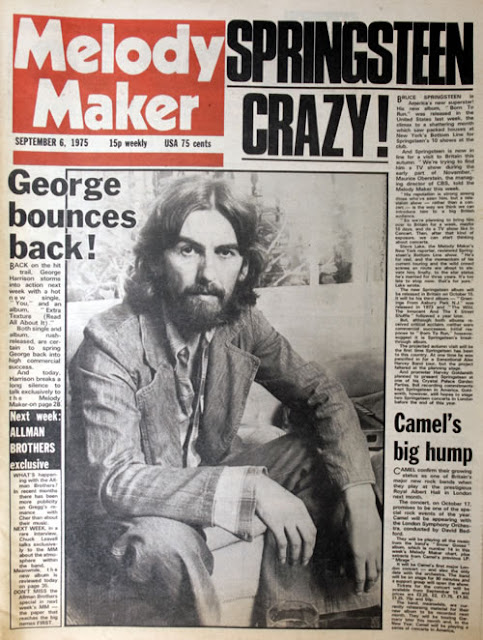 A palate cleanser following the poorly received Dark Horse album and tour, George Harrison's Extra Texture is his only album recorded in Los Angeles. Despite the hit single that kicks things off ( the #20 US/ #38 UK "You" with those hard charging and very flat sax solos), Extra Texture is a bit of a ponderous bore with most songs running one to two minutes longer than necessary.

Although Harrison did a surprising amount of press for the album (including the Melody Maker interview with the hopeful headline "George Bounces Back!") eventually he, too came to the conclusion that Extra Texture "was a bit depressing, actually". 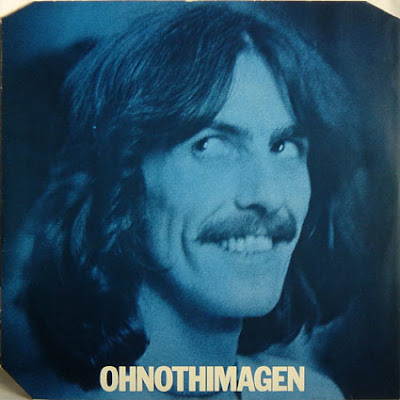 The highlight of the album for me is "Tired of Midnight Blue", which actually has some bounce to it.

“Tired Of Midnight Blue was originally called Midnight Blue and as soon as I had it ready Melissa Manchester put out a song with that title and so I changed it to Tired of Midnight Blue. I had been to a Los Angeles club - ended up in the back room with a lot of grey-haired naughty people and I was depressed by what I saw going on there.”
- George Harrison, I Me Mine