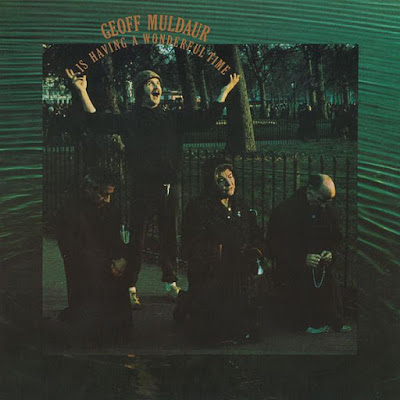 As though he were competing against his fabulously successful ex-wife, Maria "Midnight at the Oasis" Muldaur, Geoff Muldaur recorded jazz songs from the 30's, soul music from the 60's, Fifties rock  and roll and 40's movie soundtracks. And he got a little help. The legendary producer Joe Boyd was on hand, overseeing special guests ranging from John Cale and jazz arranger Benny Carter to Amos Garrett and Richard Thompson who was heard to say "There are only three white blues singers, and Geoff Muldaur is at least two of them". 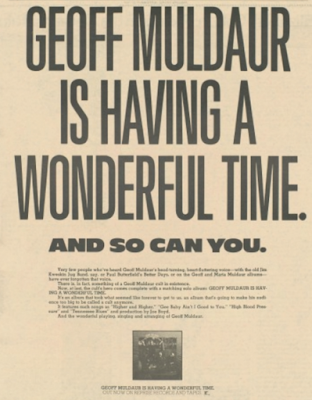 Labels: 1975, Geoff Muldaur, Having a Wonderful Time, Higher And Higher