5 Fun Facts about Pink Floyd's Wish You Were Here 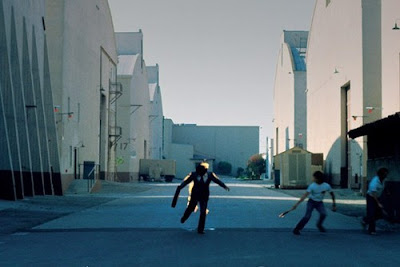 What I'm about to write will probably upset a lot of Pink Floyd fans:  I recorded my first copy of Wish You Were Here on one side of a 60 minute tape. I edited out all the atmospheric stuff and went straight to the vocals and David Gilmour guitar solos. How punk rock of me right? In any case here are 5 fun facts about Pink Floyd's Wish You Were Here. 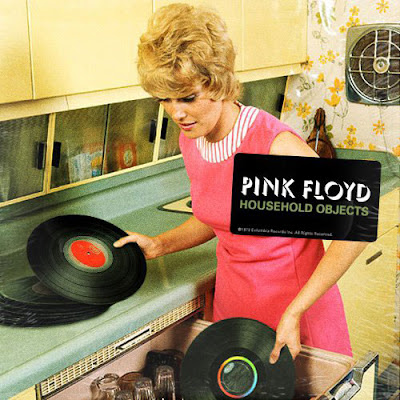 1. Intimidated by the massive success of Dark Side of the Moon, Pink Floyd originally considered making an album called Household Objects, using rubber bands, wine glasses and cake mixers as instruments. Now while that sounds like it would have been a bigger "Fuck You" to the music industry than even Lou Reed's Metal Machine Music, what I've heard sounds pretty cool.

2. Instead the suddenly rich and always miserable Roger Waters said "Fuck You" to the music industry with lyrics like the ones Roy Harper sings in "Have A Cigar" :

"The band is just fantastic, that is really what I think
Oh by the way, which one's Pink?
And did we tell you the name of the game, boy?
We call it Riding the Gravy Train.

3. A great bit of the album is dedicated to the old Pink Floyd leader Syd Barrett, who through drug abuse and/or mental illness had become one of rock's tragic figures. He is the "Crazy Diamond" addressed in the two epic tracks that begin and end the album : 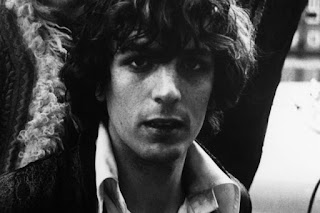 You were caught in the crossfire of childhood and stardom,
blown on the steel breeze.
Come on you target for faraway laughter, come on you stranger,
you legend, you martyr, and shine! 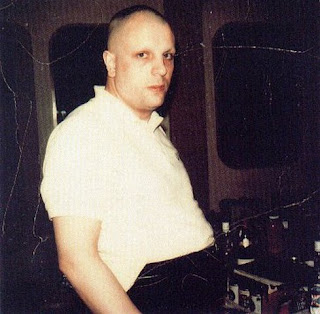 An unrecognizable Barrett, fat, bald, shorn of eyebrows, visited the studio during the session. Listening to "Shine On You Crazy Diamond", he apparently never realized he was the subject of the song.

4. The burning man on the Hipgnosis designed album cover was stunt man Ronnie Rondell ( "Spartacus", "Thelma and Louise"). It took photo retouching specialist Richard Manning quite a bit of work in 1975 to "photo shop" his casual appearance:

He was covered in petrol that glistened dramatically in the blazing sun. I had to remove all the evidence of the petrol. By using Photo dyes, a mixture of dark grey with touches of magenta and cyan applied delicately to the shiny areas, I was able to gradually build up to match the darkness of the unaffected suit. 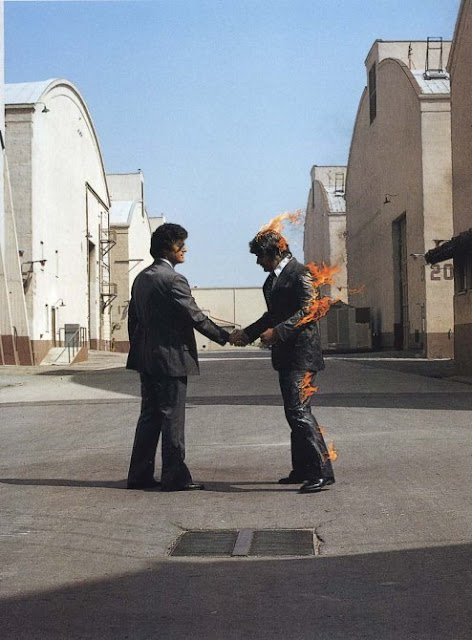 He was wearing a flame proof wig and neck protector which I had to remove. First, with a weak solution of bleach, lighten the dark areas on the side of his neck then blend the bleached area with photo dye to match the neck tone. The tarmac round the drain in the foreground needed some tidying up and then some general spotting overall. The scorch mark on the right hand side was a separate Dye Transfer. The background to this print was bleached to white and then put together at the printing stage. 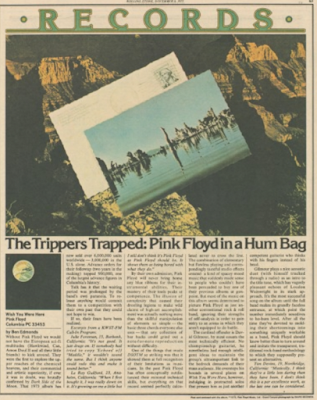 5. Considered a classic album today, with sales over 13 million,  Wish You Were Here was originally met with mixed reviews including one nasty appraisal from Rolling Stone's Ben Edmonds:

"Shine on You Crazy Diamond" is initially credible because it purports to confront the subject of Syd Barrett, the long and probably forever lost guiding light of the original Floyd. But the potential of the idea goes unrealized; they give such a matter-of-fact reading of the goddamn thing that they might as well be singing about Roger Water's brother-in-law getting a parking ticket. This lackadaisical demeanor forces, among other things, a reevaluation of their relationship to all the space cadet orchestras they unconsciously sired. The one thing those bands have going for them, in their cacophonously inept way, is a sincere passion for their "art." And passion is everything of which Pink Floyd is devoid.

Maybe he should have heard my thirty minute version.
at 2:00 AM