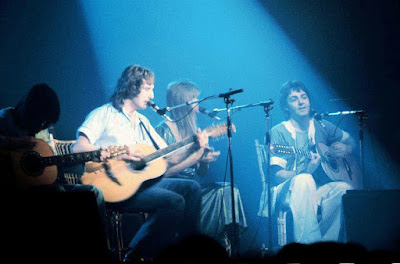 On September 5, 1975 Paul McCartney ran his band and crew through one final exhaustive rehearsal as he prepared for a world tour. The next evening, Wings held a dress rehearsal in front of twelve hundred EMI employees and members of the UK Wings Fan Club. McCartney did not want to repeat the mediocrity that was George Harrison's 1974 tour. He had attended one of Harrison's shows in disguise, wearing an afro wig and mustache, and decided when he played Beatles songs they would sound like the original versions.

And speaking of "original versions", you can hear a very early version of "Let Em In" at about 12:15 into the video above.  The hit single would appear on Wings at the Speed of Sound in March of 1976.
The tour would kick off with 12-cities in the UK , beginning September 9 at Southhampton. At the end of the month Wings released a new single from Venus and Mars, the concert favorite "Letting Go". The song peaked at #41 in the US and #39 in the UK. 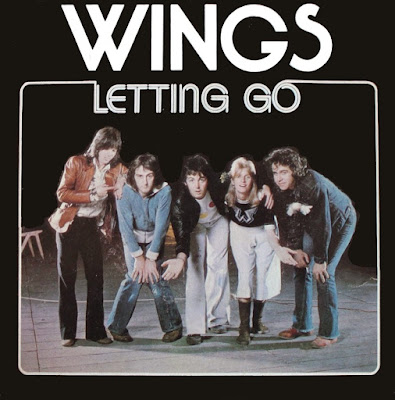