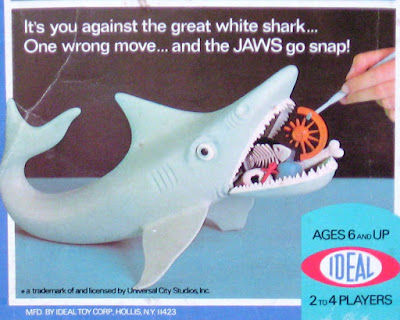 The man who invented the break-in record, a comedy routine broken up by radio hits, scored his biggest since 1956's "The Flying Saucer" with "Mr. Jaws", which debuted on the Hot 100 this week in 1975 at #49. It would peak at #4. This eleven year old kid was certainly amused. My dad took me to the movie after asking me to read the book first. Kind of an odd parenting decision because there's a pretty torrid sex scene involving the police chief's wife and the character Richard Dreyfuss would play. I remember following Jaws with Feral, a novel about cats terrorizing a small town.