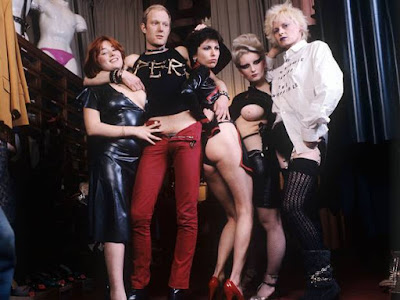 The first time I went to Sex Shop I thought it was tacky, awful and it didn't have a toilet
-John Lydon

Punk Rock was more than a sound. It was a style. And in London's Chelsea District, the style came first. Malcolm McLaren's Sex shop originally sold fetish and bondage wear, then came subversive t-shirts and clothes designed by Vivienne Westwood. Among its employees were Chrissie Hynde ( in the center of the photo above) and Pamela Rooke, aka Jordan, who often sported makeup that gave her raccoon-like eyes. 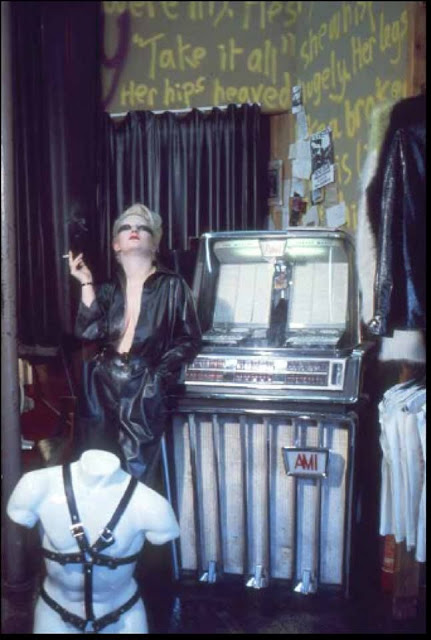 Adam Ant, Siouxsie Sioux and her bassist Steven Severin all shopped there. In August of 1975, Johnny Rotten auditioned for the Sex Pistols in the store by singing Alice Cooper's "I'm Eighteen" along with the jukebox.

The clothes were outrageous. The Cambridge Rapist t-shirt seemed to celebrate a local serial rapist's crimes. 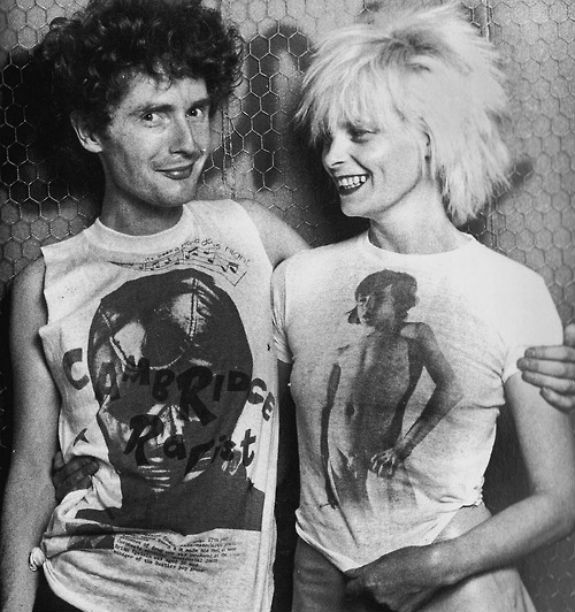 It was also outrageously expensive ( 200-pound bondage suits), so many shoppers headed around the corner to the basement boutique run by Don Letts. 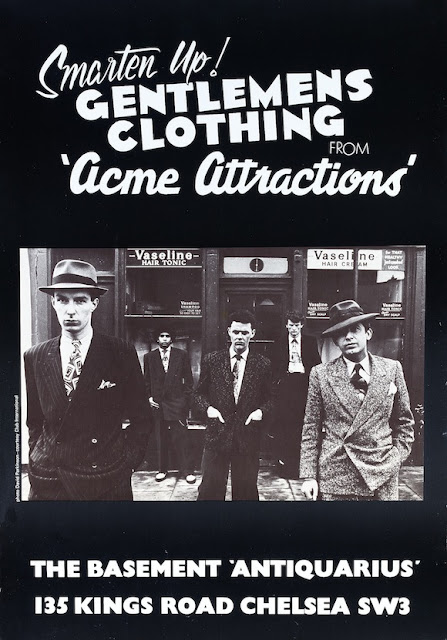 Acme Attractions had a jukebox loaded with reggae, tons of retro 50's era clothes and in"The Don"himself, a good connection for weed. 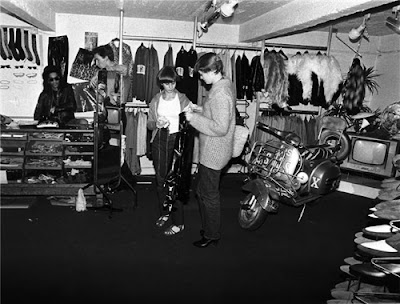 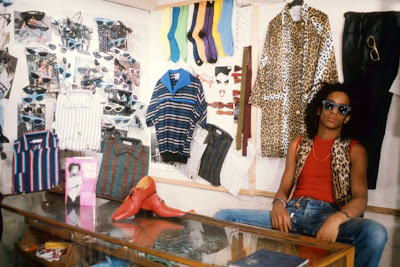 More importantly for what become the Punk Rock scene, Letts didn't mind people just hanging out at Acme Attractions. The shop became like a club, a place where like minded people could meet. Soon, some of these people would create a brand new soundtrack for the disenfranchised people of England. 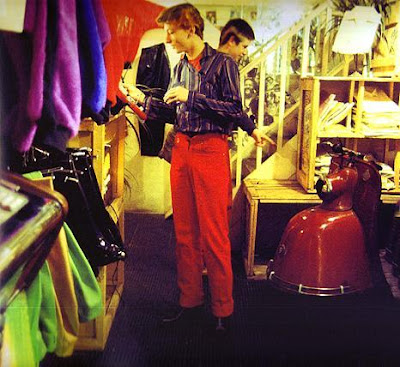 In fact, in an upstairs room of the Rose and Crown in Wandsworth,  the future Sex Pistols were already rehearsing songs like "Pretty Vacant" and "Seventeen".