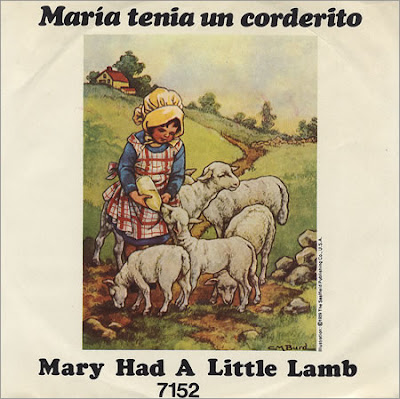 Depending on which Paul McCartney you believe, "Mary Had A Little Lamb" was either a smart-ass response to the BBC's banning his "Give Ireland Back To The Irish" or a sincere attempt to write a children's song ( as The Beatles had with "Yellow Submarine" and "All Together Now") In any case it remains one of the most annoying songs Macca ever recorded.


The song peaked at #9 on the UK charts while in America, radio stations preferred to play the B-Side "Little Woman Love". Thank God!

Both can be found on Wildlife.