40 Year Itch : A Moment's Answer To The Dream 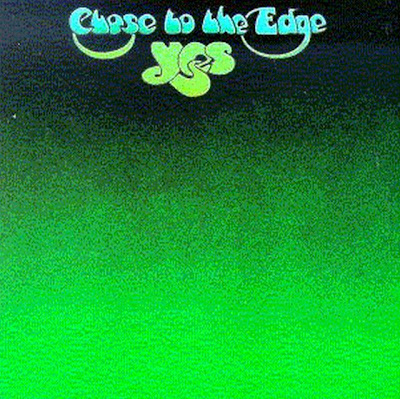 When I was writing "Close to the Edge" With Steve (Howe), I was reading a lot about spirituality and how it stretches across the entire world. There's a connection, like all rivers lead to the same ocean, so I thought, you know, "close to the edge, down by the river". And it's like people say "Close to the Edge" is about  disaster, but no , it's about realization! We're on this journey and the only reason we live is to find the divine. To find God from within
-Jon Anderson
interviewed by Sea Of Tranquility

As previously stated just this week,  there was a time when people would set the needle down and really listen to side long symphonic rock tracks like "Close to the Edge" . To me it  sounds for the first few minutes like every idea these stellar musicians ever had got tossed into a blender. Ah! But that's just one half of one movement. Things get funky, then ethereal, then churchy and then the whole thing drives down the autobahn in a tank before crashing into a tree full of birds.

"For You And I" is lovely. The second of its four movements, "Eclipse" was released as a single in the US and just missed cracking the Top 40. Finally there's 9 minutes of the vigorous "Siberian Khatru". I listen in awe to the bass lines of Chris Squire. ( But sometimes I get the feeling that's the whole point of Yes: "Be in awe of  us!").


This would be the last album to feature Bruford who quit Yes to join King Crimson just days before a US tour. Enter Alan White to the rescue ( see interview) who had to learn how to play these oddly tempo'd tunes. Yes would spend years trying to top Close To The Edge. The band has their moments but this, The Yes Album and Fragile are still the highlights in my opinion.