On September 27 Rory Storme, the leader of one of Liverpool's earliest beat groups, mixed alcohol and sleeping pills and never woke up. His grief stricken mother killed herself shortly after finding the body. 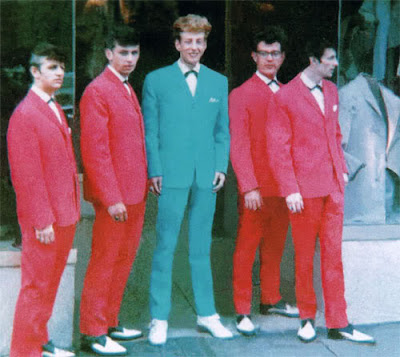 His sisters said Rory was happy to be "the king of Liverpool" and didn't like to tour much. He didn't write many songs either which is one of the reasons his most famous drummer, Ringo Starr, decided to part ways with Rory Storm and The Hurricanes to beat the skins for The Beatles. The other reason was that John and Paul were offering more money.

In his autobiography, Brian Epstein wrote that Storm was "one of the liveliest and most likeable young men on the scene 9 and0 was very annoyed when Ringo left and he complained to me. I apologised and Rory, with immense good humour said, "Ok, Forget it. The best of luck to the lot of you."

But there are other reports that Rory Storm was depressed at the time of his death. He had recently lost his father and he was haunted by his lack of success when all around him were bands that had made it big.

At his funeral, mourners sang his favorite song "You'll Never Walk Alone". Ringo did not attend which he dismissed by pointing out "I wasn't there when he was born either."