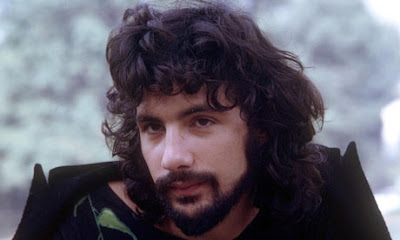 After 12 months of virtual silence. 12 months without any new music. Or Shows. Or interviews. The Cat came back.
Cat Stevens ,with an 11 piece orchestra, opened his 31 date Moonshadow American tour on September 29, 1972 before a sold-out crowd of 6,500 at L.A.'s Shrine Auditorium. Ramblin' Jack Elliot opened the show, followed by Cat's own cartoon short, Teaser and the Firecat.

Cat's album Catch Bull At Four had been released two days earlier. Despite it's lack of a major single ("Sitting" peaked at #16 in the US), it would be Cat's most successful US album--topping the Billboard album charts for three weeks. Some of that success may be related to his soundtrack for the 1971 cult film Harold and Maude.

Cat's 1972 setlist went something like this.
This one's from an October gig in Columbus OH.

A New York Daily News reviewer wrote "He sings with quiet intensity; his lyrics are literate and evocative and he accompanies himself on guitar, piano, organ and in all, holds forth for a consistently entertaining 90 minutes on stage. He puts on a fine show. It's nice to have him back. It's also fun to watch him ducking his head from side to side, his black curls flying wildly, almost as if he kept time with his head."
at 2:00 AM