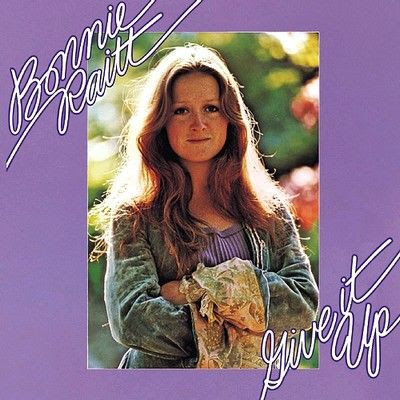 For more than 40 years Bonnie Raitt has been making soulful blues albums. Most people know the nine-time Grammy winner from her 1989 album Nick Of Time, which sold five million copies thanks to heavy airplay for singles like "Nick Of Time", "Have A Heart" and "Thing Called Love".

But where do you go from there?

Well, rock critics and longtime fans have made a strong argument for Bonnie's second album, Give It Up, released in September of 1972.

The album cover gives absolutely no indication of what's inside. (I doubt any other major recording artist has ever had such a string of awful album covers).

Just 22 years old, Bonnie and her fellow musicians confidently play bar band blues ("Give It Up Or Let It Go"), New Orleans-style blues ("You Got To Know How") , West Coast folk (the Jackson Browne cover "Under The Falling Sky") , some stunning originals and finally, if you haven't yet been convinced, a heart-shattering cover of Eric Kaz's "Love Has No Pride".


Here's the album you need for that Indian Summer, golden hour backyard bar-b-que. There are great pleasures to be found in every cut. While "Love Has No Pride" may be the obvious track to highlight, I'm calling an audible and offering up Bonnie's funky "You Told Me Baby" which contains everything we loved about California pop back then. I could listen to this one all day.