Life's an Illusion, Love is the Dream 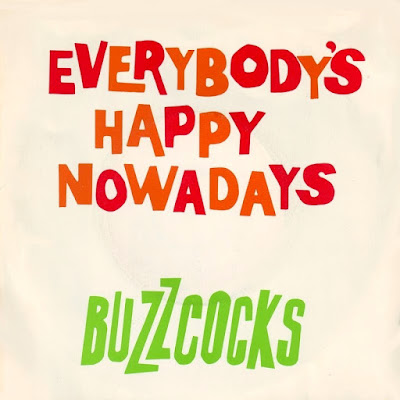 On March 2, 1979 the Buzzcocks released their first single of the year, "Everybody's Happy Nowadays" b/w "Why Can't I Touch It". Taken together, they add up to one of the best singles of the year, peaking at U.K.#29.

Despite the freewheeling pop punk sounds and its cascading 4 note guitar line, "Everybody's Happy Nowadays" is not a happy tune. Pete Shelley is tired of being frustrated and tired of having his dreams always out of reach. His conclusion sounds like a mantra: "life's an illusion, love is the dream". Reality is, at best, ok. In retrospect, not the most obvious message AARP would want to send out to its aging members, and yet, in 2007, that's what happened.

Both songs have more depth than you might think. "Why Can't I Touch It?' works as an adolescent song about pent up sexual frustration ( from the lads who brought you "Orgasm Addict"). But on a deeper level, it could be about anything. A writer for Paste has this suggestion:

Its vague lyrics can be applied to other painstaking life quests—for success, transcendence, purpose, a place to belong, etc. At the time of its release, I’m sure adults found the song to be crude or indecent—just what they thought of punks or hippies in general, but those who actually were immersed in this music knew it to be something much more profound than a brainless cultural, social and political insurrection. 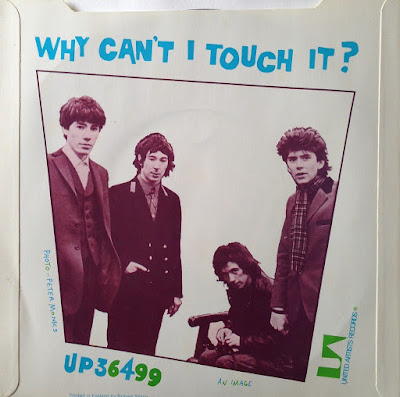 The six and a half minute B side grooves along to Steve Garvey's bass while Shelley wonders why if every sense tells him something is real then whyyyyyyyyy can't he touch it?