Thanks I'll Eat It Here 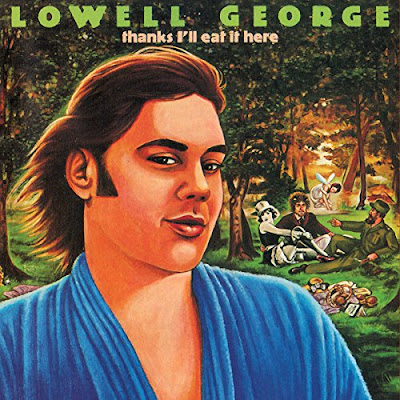 Lowell George : What Do You Want The Girl To Do

In March of 1979, Little Feat founder Lowell George released his first and only solo album, Thanks I'll Eat It Here. The title makes fun of George's eating habits which was part of his failing health. He'd had severe backaches, been hospitalized with hepatitis, and overindulged in drugs. Just weeks after the album's release the 34 year old singer would die of a heart attack on tour to promote the album.

Despite the dark shadow hanging over the album, it actually has the same good vibe as Little Feat's Dixie Chicken. Spring arrives in the Southern climate even while the Midwest is still buried under snow, and this album is a good one for the first of the year's sunny days. "What Do You Want The Girl To Do", written by Allen Toussaint and recorded a few years earlier by Bonnie Raitt, gets things started right. I even had to check the liner notes to make sure the Meters weren't playing on this track. 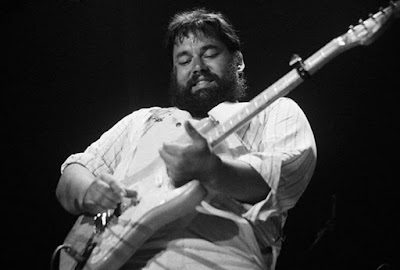 The album was recorded piecemeal over two and a half years, between tours. Some of LA's best session players are here and, on "Cheek to Cheek", George is joined by Los Companjeros, a mariachi band George met a Mexican restaurant. In The MOJO Collection: The Greatest Albums of All Time, the variety of players and recording locations is described as contributing "to the album's charming inconsistency".

Not every critic agreed.

The Village Voice's Robert Christgau found fault in the inconsistency. He gave the album a grade of C+ writing:

You are of course familiar with the recording industry phenomenon in which a vocalist enters the studio (or many studios) with a few (or many) well-regarded musicians and they all "cut" between eight and eleven songs written by the vocalist, the vocalist's friends, and some lucky black people. Here the smartest member of Little Feat does this. Unfortunately, singing has never been his strong point, and the compositions are as flaccid as any he's ever made public. Or maybe it only sounds that way because we're used to hearing him atop Little Feat's contradictory funk, not the obliging groove well-regarded musicians usually achieve under such circumstances. 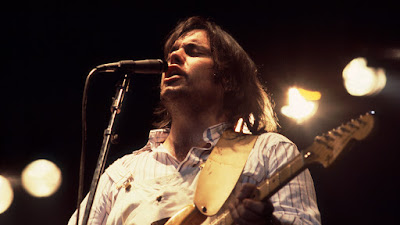 "Find Me A River" is one of the best songs on the album. It was written by multi-instrumentalist Fred Tackett who toured with Lowell George in 1979. While George's death is attributed to an accidental cocaine overdose leading to a heart attack, Tackett says his 300-pound friend died of something else:

"We were driving down the New Jersey Turnpike in this bus and we stopped at this pizza joint off the highway. Everybody in the band shared a cheese pizza but Lowell bought a large pizza with everything on it, carried it to the back of the bus, and he ate the entire pizza by himself. He died two or three days later. So, when people ask me, 'What really killed Lowell?' I say, 'It was a pizza on the New Jersey Turnpike.'"

Labels: 1979, Allen Toussaint, Fred Tackett, Los Companjeros, Lowell George, Thanks I'll Eat It Here. What Do You Want the Girl To Do