Dynamite Such a Sweet Surprise 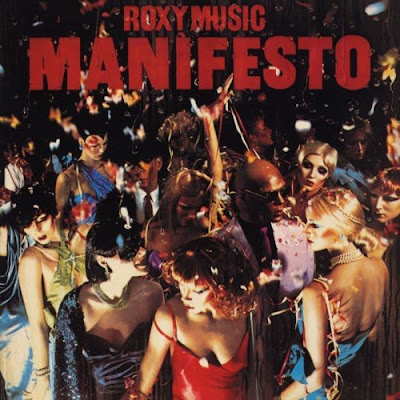 Roxy Music : Ain't That So

On March 16, 1979 Roxy Music released Manifesto, the band's return after a three year hiatus. A lot happened since the release of 1975's Siren. Punk music challenged all the rules of progressive rock. Disco proclaimed a danceable beat was the key to chart success and some of the kids were embracing new bands inspired by old Roxy Music ( Ultravox! and Japan, to name just two).

With its dreamy wash of keyboards and Ferry's crooning vocals, Manifesto would offer a blueprint for all of the sophisticates involved in New Romantic era. Even the otherwise bland "My Little Girl" starts off sounding like Kick era INXS.

"Ain't That So" is a deep cut that I would play on my college radio show after playing something by The Meters or the Neville Brothers. You'd have a hard time placing the funky band until Andy Mackay's sax kicks in.

Manifesto finds Bryan Ferry, fresh off of several hit solo albums, still in the role of the heartbroken but suave James Bond of rock n roll. Guitarist Phil Manzanera also recorded some solo albums and worked with Brian Eno. The sides are divided into an East Side and a West Side. 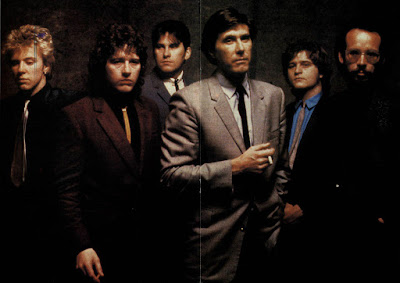 The title track is one of the most successful songs on the album. Its lyrics are inspired by a Claes Oldenberg poem called 'I Am For An Art' which begins with the stanza :

I am for an art that is political-erotical-mystical,
that does something other than sit on its ass in a museum.

Although the album would rank 30th in the Village Voice's Pazz + Jop critics poll of the best albums of 1979 and receive four stars in one of the Rolling Stone record guides, early critical reaction to Manifesto was not warm.

Comparing Manifesto to a disappointing reunion album by The Byrds, Rolling Stone critic Greil Marcus wrote "The new record is a lovely footnote, but it can lead nowhere. "

Mark Bell of NME was also not taken by the album, writing

Ultimately, I found it hard to work up much enthusiasm for Manifesto and a replay of "Would You Believe" and "Sea Breezes" indicates why. In many ways the band have come full circle without evolving anything dramatically new – at least -not according to those initial standards 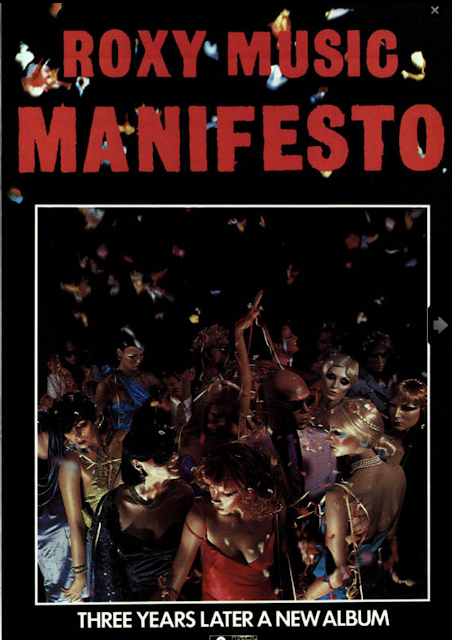 But The Village Voice's Robert Christgau grades Manifesto an A- (This isn't Roxy at its most innovative, just its most listenable--the entire "West Side" sustains the relaxed, pleasantly funky groove it intends, and the difficulties of the "East Side" are hardly prohibitive. )

Melody Maker's reviewer is also a fan ("Certainly it pulls some punches. But, reservations aside, this may be the first such return bout ever attempted with any degree of genuine success: a technical knockout against the odd").

A U.K. #2 hit, "Dance Away" would tie "Love Is The Drug" as Roxy Music's highest charting single until their cover of John Lennon's "Jealous Guy" topped the charts in 1981. More on that song in April.