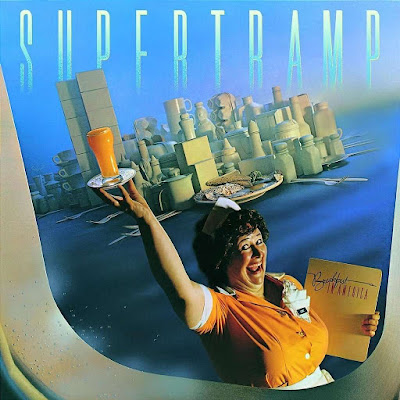 On March 29, 1979 Supertramp released Breakfast in America, an album that infiltrated both pop and album oriented rock radio for the rest of the year, spawning four singles, topping charts all over the world and selling four million copies in the United States.

The first single was "The Logical Song", a Top 10 hit and cited as the favorite song of the year by a bloke named Paul McCartney. Hodgson wrote the song based on his memories of boarding school similar to the one where I was studying when the song first made waves on the radio.

He told Songfacts how the song came to be:

"'The Logical Song' was born from my questions about what really matters in life. Throughout childhood we are taught all these ways to be and yet we are rarely told anything about our true self. We are taught how to function outwardly, but not guided to who we are inwardly. We go from the innocence and wonder of childhood to the confusion of adolescence that often ends in the cynicism and disillusionment of adulthood. In 'The Logical Song,' the burning question that came down to its rawest place was 'please tell me who I am,' and that's basically what the song is about. I think this eternal question continues to hit such a deep chord in people around the world and why it stays so meaningful.

What stands out to these ears forty years later is how much Supertramp has simplified their sound. Roger Hodgson  ("Give A Little Bit") was supposed to be the pop tunesmith of the band; the hitmaker. And his "Logical Song" did hit U.S.#6 while his "Take the Long Way Home" peaked at #10, but Rick Davies' "Goodbye Stranger" was also a major hit and a fan favorite, peaking at U.S.#15. Not bad for a song that may be about one night stands.

Breakfast In America is a textbook-perfect album of post-Beatles, keyboard-centered English art rock that strikes the shrewdest possible balance between quasi-symphonic classicism and rock + roll. Whereas Supertramp's earlier LPs were bogged down by swatches of meandering, Genesis-like esoterica, the songs here are extraordinarily melodic and concisely structured, reflecting these musicians' saturation in American pop since their move to Los Angeles in 1977.

Supertramp's major problem is an increasing dichotomy between their rhapsodic aural style and a glib, end-of-the-empire pessimism. The music in "Gone Hollywood" is so suffused with romantic excitement that it's difficult to believe the ennui the lyrics claim: "So many creeps in Hollywood/...Ain't nothin' new in my life today." Though laced with nice, Beach Boys-style falsettos, "Goodbye Stranger," an uncharacteristically happy fantasy about endless one-night stands, seems far more honest. 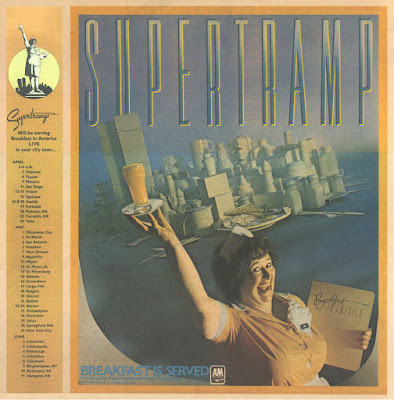 But the only cut that really wrestles the dichotomy is "The Logical Song." In this small masterpiece, singer Roger Hodgson enacts an Everyman who excoriates an education that preaches categorical jargon instead of knowledge and sensitivity. "And they showed me a world where I could be so dependable, clinical, intellectual, cynical," he declaims, reeling off three- and four-syllable assonances with a schoolboy's tongue in cheek worthy of Ray Davies and the Kinks. Flamenco flourishes and a hot sax break help deflate the tune's self-pity with a wonderfully wry humor.

The next "logical" thing for these guys to do with their awesome technique is to turn it more toward this sort of ironic drollery. Then Supertramp might become not only the best-sounding art-rock band in existence, but one of the most interesting.

Village Voice critic Robert Christgau was not so kind, grading the album a C+ , writing:

I like a hooky album as well as the next fellow, so when I found that this one elicited random grunts of pleasure I looked forward to listening hard. But the lyrics turned out to be glib variations on the usual Star Romances trash, and in the absence of vocal personality (as opposed to accurate singing) and rhythmic thrust (as opposed to a beat) I'll wait until this material is covered by artists of emotional substance--Tavares, say, or the Doobie Brothers.