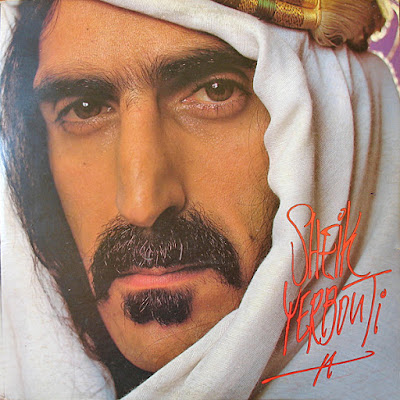 Those lyrics attracted the attention from the Anti-Defamation League, to which Zappa denied an apology, arguing: "Unlike the unicorn, such creatures do exist—and deserve to be 'commemorated' with their own special opus". Catholic Girls would get their due on the next album.

Zappa, who would often signal what he thought was a funny line, with a streak of Ruth Underwood xylophone notes, suggested it was everyone else whose sense of humor needed to be check. I'll toss in my two cents here: this album gradually irritates me. I don't think I can listen to an entire side without getting annoyed.

If this be social "satire," how come its sole targets are ordinary citizens whose weirdnesses happen to diverge from those of the retentive gent at the control board? Or are we to read his new fixation on buggery as an indication of approval? Makes you wonder whether his primo guitar solo on "Yo' Mama" and those as-unique-as-they-used-to-be rhythms and textures are as arid spiritually as he is. As if there were any question after all these years.

British music critic Nick Kent summed up the album as "wall-to-wall four sided dreck ( by a ) man obsessed with peddling cheap laughs that, beyond the witty couplet or two, aren't worth even a gratuitous smirk most of the time."

Zappa would get the last smirk. Sheik Yerbouti is the best selling album of Zappa's career,  peaking at #21 on the U.S. album charts and selling two million copies around the world. "Bobby Brown" topped the singles charts in Norway and Sweden while the grammy nominated "Dancin' Fool" would peak at US#45.