The Duchess of Coolsville 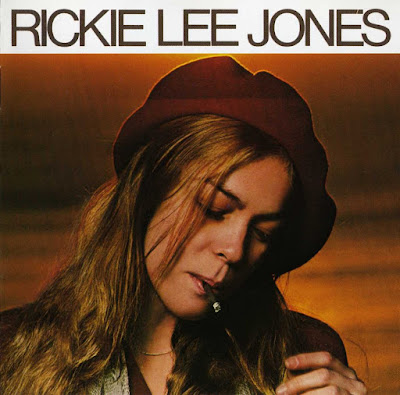 On March 2, 1979 Warner Bros. Records released Rickie Lee Jones's self-titled debut album. The platinum selling album would soar to #3 on the Billboard 200 album chart thanks to "Chuck E.'s in Love", a US #4 hit as well as a top 20 hit in the U.K., and an appearance on Saturday Night Live. With her trademark beret, Jones was an instant star, a far cry from the 18 year old who left home on her birthday and had arrived in Los Angeles, waitressed, slept under the Hollywood sign and performed beat influenced songs and poetry at small clubs. There she befriended Tom Waits and Chuck E Weiss. In the Rolling Stone article "The Runaway Rickie Lee Jones", they are portrayed as a trio of bohemians crashing Hollywood parties and writing songs in messy motel rooms:

”The first time I saw Rickie Lee she reminded me of Jayne Mansfield,” says sidekick and sometime beau Tom Waits with a lustful growl. (Jones is the mysterious blond on the back cover of Waits’ 1978 Blue Valentine LP.) ”I thought she was extremely attractive, which is to say that my first reactions were rather primitive — primeval, even. Her style onstage was appealing and arousing, sorta like that of a sexy white spade."

Warner Brothers signed Jones on the strength of a four song demo she originally cut for A and M Records and on word that Lowell George was recording her "Easy Money" for his upcoming album Thanks I'll Eat It Here. The label teamed her up with producer Russ Titelman, who also worked on George Harrison's 1979 album.

The result is an intimate, genre-spanning album with an all star line up of guest artists from Dr John to Steve Gadd to Randy Newman and Michael McDonald on backing vocals. The triumph is Rickie's though, arriving on the scene as a full formed artist. She would win the Grammy Award for Best New Artist, which unfortunately is more a curse than a blessing.

Critics liked what they heard. Robert Christgau gave the album a B-, writing:

It isn't just the skeptic in me who suspects that, despite the critical brouhaha, this young singer-songwriter's attractions are more sexual than musical or literary. It's also the male -- "Stick It into Coolsville," eh? But the critic knows that there are only three or four of her other songs -- including "Coolsville" -- that I'd enjoy hearing again.

I met Rickie Lee Jones in 2000 when she lived outside Olympia, Washington and interviewed her for a local television show in Seattle. Of "Chuck E,'s in Love" she said "I can't escape from it because it's me. If I could have done anything I would have sung it another way. It just was the way I was."

Rickie Lee Jones would make more album. The follow-up, Pirates, is one of those albums that is gaining popularity among critics. A personal favorite is It's Like This, featuring covers like "The Low Spark of High Heeled Boys".