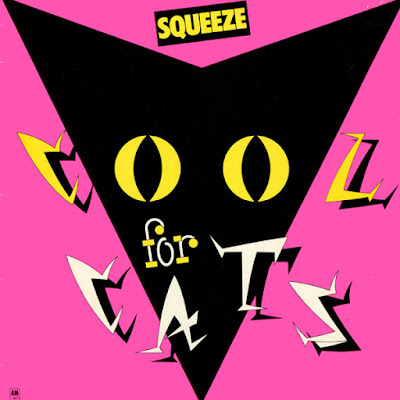 Spring is the season of rebirth and in the Spring of 1979, Squeeze bounced back from their dreadful John Cale produced debut album with Cool For Cats, a pop album full of catchy songs about sex obsessed young men and the trouble they find. The album contains four U.K. hit singles, launching the band into the spotlight. The most memorable of the songs is "Up the Junction", the last of the tunes the band recorded for the album. 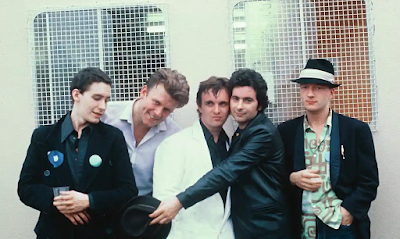 Glenn Tilbrook recalls to The Guardian :

I came up with the little keyboard melody that Jools plays at the beginning, just before I sing: “I never thought it would happen with me and the girl from Clapham.” We made the video in the kitchen of John Lennon’s old house, where he’d done the Imagine video, with the white piano and the door that read: “This is not here.” What a place to visit when you’re starting out! We’d spent all day making the video for Cool for Cats, and had had quite a few beers. Then the director said: “Oh yeah – and we’re going to do Up the Junction, too.” That’s why we look so bleary.

I never “got a job with Stanley, who said I’d come in handy”, but I loved those Ian Dury-type rhyming couplets. The line “I’d beg for some forgiveness, but begging’s not my business” still makes me chuckle. It sums up male stubbornness.

I actually bought the album after 1980's Argybargy and found a lot of the lyrics sophomoric; the keyboards intrusive. Almost every song is about sex. Of course the average age of the five members was 22. Critical acclaim, which would include comparisons to Lennon and McCartney, were still a year away.

"I don't particularly want to be taken seriously by the NME or anybody like that," Glenn Tilbrook told Smash Hits in March of 1979.

"No, neither do I," Chris Difford agreed. "It doesn't worry me personally whether people take us seriously or not. We'll either get through to people or we won't. I don't think there's much we can do to influence that course of events in so far as releasing records that we think will be taken as serious artistic statements".