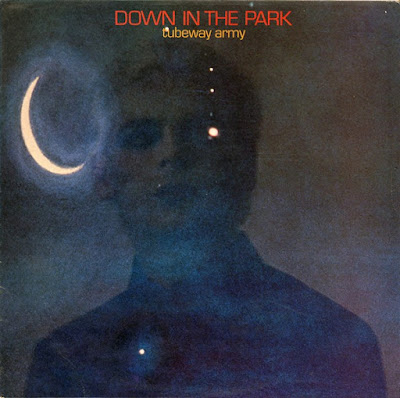 Tubeway Army : Down in the Park

In March of 1979 Gary Numan's Tubeway Army came out with a brand new sound, relying heavily on synthesizer on the single  "Down In The Park", the first release from their upcoming Replicas album. Although it wasn't a hit, it remains one of Numan's favorite songs and one he still plays in concert.

Numan is obsessed with science fiction of a dystopian nature, as the lyrics reveal:

The world may not have been ready for "Down in the Park". But the band's next single, "Are Friends Electric?" would replace Anita War'd "Ring My Bell" as the #1 song in the United Kingdom. And not a cheery smile in sight!

Labels: 1979, Down in the Park, Gary Numan, Replicas, Tubeway Army