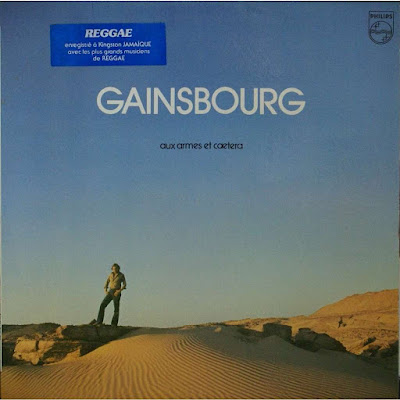 On March 13, 1979, the french singer/songwriter Serge Gainsbourg released Aux Armes Ecætera, a reggae album recorded in Byron Lee's Jamaican studio with the prolific rhythm section Sly and Robbie and backing vocals provided by Rita Marley's I-Threes. Drummer Sly Dunbar would call this smokey and sultry "Freggae" album perhaps the best record he ever played on. It would certainly reboot Gainsbourg's career by becoming his biggest selling album of all time.

Despite the easy skanking rhythm of the songs, the album's title track would lead to death threats against Gainsbourg. That's because it's a reggae version of "La Marseillaise", the French national anthem. Veterans of the French Algerian War found the arrangement unpatriotic. 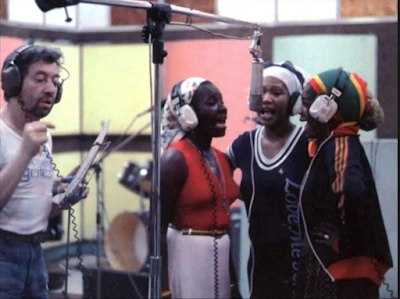 In 1979, a show (in Strasbourg) had to be cancelled, because an angry mob of French Army parachutists came to demonstrate in the audience. (After sending his musicians home), alone onstage, Gainsbourg raised his fist and answered "The true meaning of our national anthem is revolutionary" and sang it with the audience. The soldiers joined them, a scene enjoyed by millions as French TV news broadcast it, creating more publicity. Shortly afterward, Gainsbourg bought the original manuscript of "La Marseillaise". He replied to his critics that his version was closer to the original as the manuscript shows the words "Aux armes et cætera..." for the chorus.

She had such eyes, a true Abyssinian cat
And her breasts, two spheres
In between which I was giving up two months of salary
to roll my poor joint. 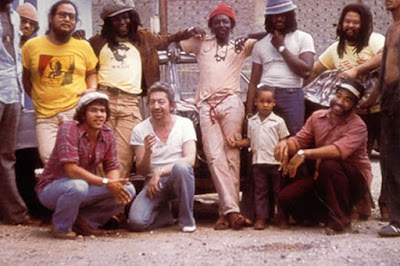 On "Des Laids Des Laids" he responds to critics who say he's "ugly, ugly". "Finally, " he sings. "we have to do with what we have".

Don't know french? There's still a track for you.