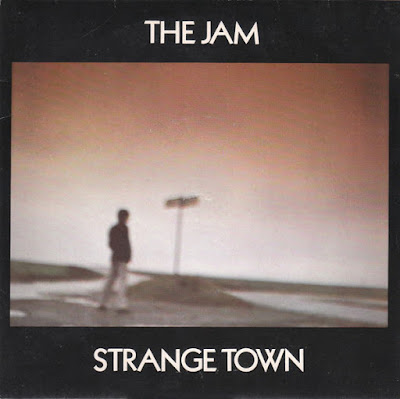 Coming from the London suburb of Woking, Weller and his bandmates were considered yokels by the record labels. Even with six Top 40 hits under his belt, Weller must have felt out of place in the wealthy parts of central London, like Oxford Street."You can't be weird in a strange town /You'll be betrayed by your accent and manners".

The B side is reportedly a song about Soo Catwoman, one of the best known hangers-on of the Bromley Contingent. It's a strong rebuke."There's tarts and whores/ But you're much more...Cause you've got no pride/ It's just a face on your pillowcase /That thrills you".