She Falls For the Suckers 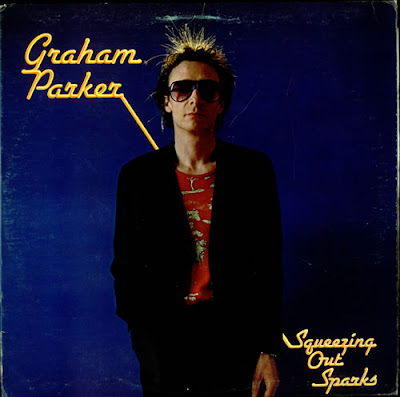 In March of 1979 Graham Parker and the Rumour released Squeezing Out Sparks, a critically acclaimed album that topped The Village Voice's year-end Pazz +  Jop critics' poll . Following the poor sounding Stick to Me and The Parkerilla, a poor selling live album, Parker was able to get out of his US contract with Mercury. But, with soundalike Elvis Costello in the charts,  he'd also lost all the momentum he'd built with his first two albums (Howlin' Wind and Heat Treatment), among the best of the decade.

Now he had a new group of songs he desired a new approach in the studio.

"I couldn’t hear any horn section for one thing," he says in an interview on his website. "I couldn’t hear so much as a nod towards the R+B/soul and blues values I’d been employing since that first album either, making the approach I should take a bit of a mystery. But I did feel like a band performance and production style change was needed to suit these new songs, probably influenced by the minimal approach of punk and this hastily conceived ‘new wave’ term that had finally hit the high street late in ‘77 along with the release of the Sex Pistols record. To me, these acts were a long way from what we were doing. Our music was deliberately dense. What punk or new wave acts used two keyboards (organ and piano) three guitars (one acoustic and two electrics), and often layered backing vocals that were actually in tune - and in the case of “Stick To Me” a string section conducted by none other than David Bedford? What we did was the complete opposite musically from both of these alleged genres.

" Not wanting to fall into a sudden graveyard labelled “banger old pub rock R+ B bollocks,” I definitely felt a need to thin things out a bit; a mercenary tactic no doubt, but the idea began to interest me."

The album was produced by Phil Spector arranger Jack Nitzsche, who had worked with Neil Young  and the Rolling Stones (Let It Bleed).

"Jack Nitzsche was a name I recalled from the odd reference on early Stones EP's and Neil Young’s 'Harvest,'," recalls Parker. "And there he was again popping up in the guise of producer of a Mink de Ville record I’d recently heard a few times on radio called “Spanish Stroll.” Apparently, this track was deemed a new wave record by people who knew what the term meant, so with no other thought than that, my manager got hold of Nitzsche and he agreed to the job. Once I got to know him I found out that he’d played tambourine on “Satisfaction” and arranged classic hits for Phil Spector."

Parker credits Nitzsche with making a strong impression on the album.


He knew, for instance, that although I had written "Can't Be Too Strong" (the actual title: someone added the word "You" in post) in a jaunty country rhythm that to record it in that way would be a total cop out and got me to slow it to a crawl and sing it like it meant something. He also knew that the band were playing to their own skills, but not playing the songs. He was not impressed with this attitude. Once he’d clarified his position (that the songs were the important part of this, not the musicianship) things happened quickly, as they often do when the excess is swept aside, and the album made itself.

Among the critical acclaim:

Robert Christgau gave the album a rare A grade, writing :

An amazing record. Parker's mood, which has narrowed into existential rage with a circumstantial root, makes for perfect, untamable rock and roll. Guitar, drums, vocals, lyrics, and hooks (and more hooks) mesh into ten songs so compelling that you're grateful to the relative lightweights for giving you a chance to relax. And if Graham is pissed off merely because he's not a big star yet, he translates his frustrations into credible, emotionally healthy anger--the kind you feel when they can't fit the real news into print.

Rolling Stone's Greil Marcus writes Parker's vision might be more compelling on Squeezing Out Sparks than on earlier records :


the belief that, as F. Scott Fitzgerald put it, “life is essentially a cheat”; that penetrating to the source of one’s emotions is necessary to a decent life but not a guarantee of it (nothing is); that struggle, not happiness, is what life is all about. But Parker has never tried to apply that vision to a subject as difficult as that in question here. 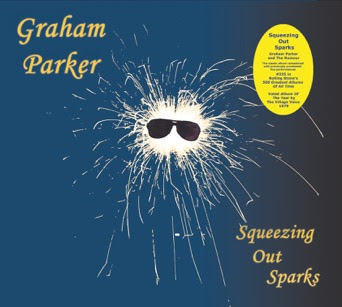 To mark the 40th anniversary, Quake Records has released a remastered edition of the album with new cover art and some bonus live tracks from the band's 1979 performance at the Paramount Theatre in Seattle.