Rehearsed In a Dream 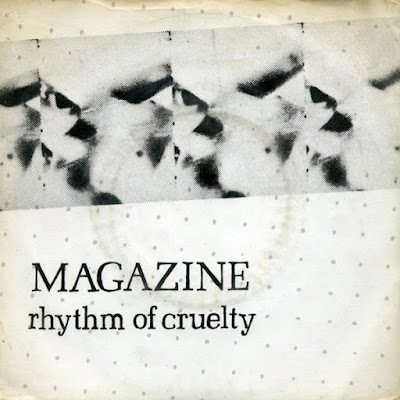 On March 2, 1979 Magazine released "Rhythm of Cruelty" b/w "TV Baby", the first single from the forthcoming sophomore album Secondhand Daylight. Led by former Buzzcock Howard DeVoto, Magazine has a much darker view of the world than his former band. "Rhythm of Cruelty" is as close to a love song as Magazine would get. It's a synthesizer laden song of infatuation with someone "too good looking" who evokes admiration even in his rhythm of cruelty. The song didn't chart.