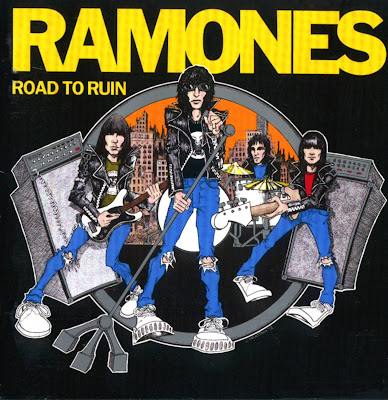 Ramones: I Just Want to Have Something to Do

On September 21, 1978 The Ramones released Road to Ruin, their fourth studio album and the first to feature their new drummer Marky Ramone ( formerly of Richard Hell and the Voidoids). The album shows a band that is willing to try a few new things: guitar solos, acoustic guitars, and ballads.

Sell out? Not even close.

Road to Ruin finished #7 in the Village Voice Pazz and Jop Critics poll. Among the critics championing the album was Charles M Young for Rolling Stone.

I’ve been working at this magazine for two years now and every album I’ve endorsed has gone over like a fart in the elevator. What we have here is not (in the words of Cool Hand Luke) a failure to communicate; it is (in the words of Richard Nixon) a public-relations problem. You bastards just don’t believe me.

After extensive analysis, I have concluded that this is because I am smart and you are dumb. Your brains are so full of carbon monoxide, aluminum chloro hydrate and carcinogenic food dyes that you are incapable of appreciating good music. I have a whole file drawer full of hate mail to prove it. 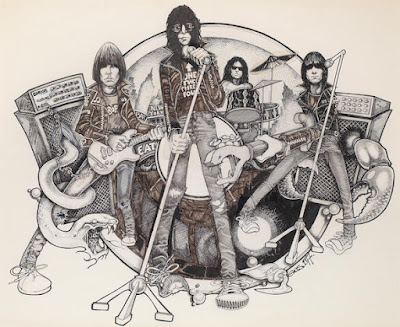 So, since dumb people are naturally distrustful of smart people, what am I to do to convince you of the error of your ways? Reverse psychology is the most obvious answer. By endorsing Barry Manilow, Andy Gibb and Chuck Mangione, I could single-handedly wipe them off the charts. But (again in the words of Richard Nixon) it would be wrong. You dumb people get manipulated enough by your corporate and political leaders. I will (in the words of Jimmy Carter) never lie to you — until it becomes necessary.

It isn’t necessary yet, because I’m giving the truth one more chance. I’m going to tell you the truth about the Ramones and if you don’t buy their new record, I’m going to start lying to you. Got that? If this LP doesn’t go gold, my turning into a liar will be on your consciences.

Okay. Road to Ruin is a real good album. It isn’t as funny or as powerful as their debut, Ramones, but this does not mean the band is losing its grip. It means they figured out that the nigh-pure power chords and satire of their first three records — though enormously satisfying to smart people like myself — was too threatening to dumb people like you. So the Ramones compromised. They decided to meet you halfway and cut some slow songs, some guitar solos, some stuff that sounds like it uses twelve-string and pedal steel. Hard-core punk fans are liable to scream “sellout,” but they should count themselves lucky that the group didn’t pull this on the second LP when the first one didn’t do that well. Over half the songs on Road to Ruin are straight-ahead rockers anyway, so I will tolerate no complaints.

As for specifics, Joey Ramone is doing things with his voice he never quite managed before. Over the last two years, he has stolen just about every affect of the early British rock singers. In the past, Joey’s affects somehow sounded too affected, so that if you genuinely loved them, you were slightly threatened by his sarcasm. He achieves a sincerity on Road to Ruin that has heretofore eluded him. “Needles and Pins,” the old Searchers hit, could have been just a dumb joke. Joey, however, really puts his guts into these antiquated but beautiful lyrics and pulls it off.

The album’s killer cut is “I Wanna Be Sedated,” to be ranked up there with “Blitzkrieg Bop,” “Loudmouth” and “Cretin Hop” as the Ramones’ finest. They retain their wonderful feel for the catchy guitar progression, even if Johnny Ramone has a limited repertoire of what he can do with it. I’ve never seen him play anything but power chords onstage, so it’s doubtful whether he’s doing the intricate picking on the slower numbers like “Questioningly.” Nevertheless, the music certainly is listenable, unless you’re a purist. “Don’t Come Close,” a semislow song, probably has the best chance as a single. It’s got a nice hook in the melody and nothing offensive in the lyrics.

Marky Ramone debuts here on drums, replacing Tommy Ramone. He continues in Tommy’s style while adding a few new and needed licks. Dee Dee Ramone’s bass remains inimitably Dee Dee Ramone’s contribution to machine-gun warfare. The production by T. Erdelyi (alias Tommy Ramone) and Ed Stasium is clean and simple, except for the ill-conceived “Bad Brain,” where they stick in a lot of funny noises during the drum break. Music that tries to be funny, as any comedian will tell you, isn’t funny. 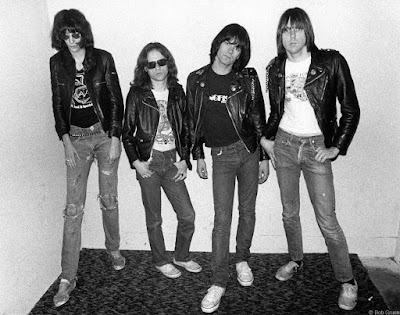 The first article I did for this magazine, in the summer of ’76, was about the Ramones. In the time since, a thousand garage bands have flowered, and this has been a major accomplishment. However, the few good ones have been unable to get any attention from the dumb people who make up the mass market in the United States. This has led even fans to proclaim the death of punk rock. I doubt that’s happening. The battle is just shifting from small clubs on either coast to hockey rinks in the Midwest. Except for Van Halen and maybe a couple of others, there’s very little new coming up in high-energy rock. The vacuum is there to fill. The Ramones have become more cartoonish and less satiric, which is a step in the direction of Kiss and may give them a shot at the fourteen-year-old boys they need to replace the hip New York intellectuals in their audience. I’d like to see it happen, but I make no predictions.

From Robert Christgau  of the Village Voice:

Like any great group, this one is always topping itself. Album four alternates definitive high-speed rockers--"I Wanted Everything," "I'm Against It," and "She's the One" are as good as any they've ever done--with more candidly lyrical slow ones that rank with the oldie, "Needles and Pins," as compositions. The lyrics of "I Just Want to Have Something to Do" and "I Wanna Be Sedated" test the barrier between their Queens-geek personas and their real lives as professional musicians without a hint of rocky-road bullshit. Only the "Bad Brain" (a title) theme seems repetitious--personally, I'm glad it's fading. But the guitar breaks bring tears to my personal eyes, and I await Gary Stewart's version of "Questioningly."

Labels: I Just Want to Have Something to Do, Marky Ramone, Ramones, Road to Ruin