In Hellish Glare and Inference 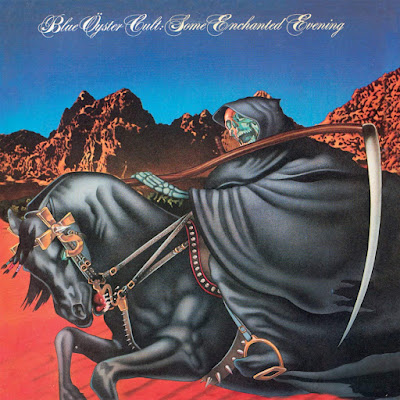 In September of 1978 Blue Oyster Cult released Some Enchanted Evening, their second live album in three years and the best selling of the band's entire career. It was originally a single disc set, with a running time just over 36 minutes. (The latest CD version doubles the fun and includes a DVD of the concert footage below). The two big recent singles, "Godzilla" and "Don't Fear the Reaper", are here along with a pair of covers. The cover of The MC5's "Kick Out The Jams" is nothing special but the Cult's version of The Animals' "We Gotta Get Out of This Place" is at least somewhat interesting. For me the highlight is the performance of "Astronomy", from the band's classic Secret Treaties album.