Everybody Gets The Lowdown 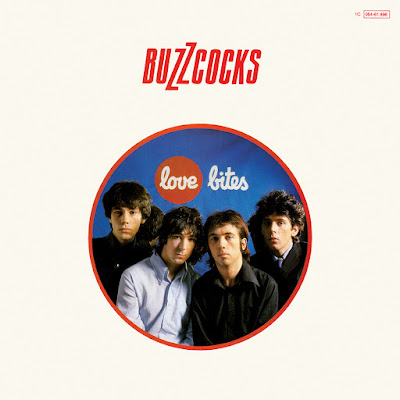 On September 22, a scant six months following their debut, The Buzzcocks released Love Bites, their sophomore album. It's a bit more spotty than the debut but it's a keeper thanks to the presence of "Ever Fallen In Love With Someone" and "Just Lust", as well deep cuts like "Nostalgia" and "Sixteen Again". Not a bad way year for the Buzzcocks which featured two albums and six singles, one of which, the UK#20 "Promises" b/w "Lipstick", won't be released until late November.

The purchase link above leads to a double CD version of the album which offers demo versions and live tracks.