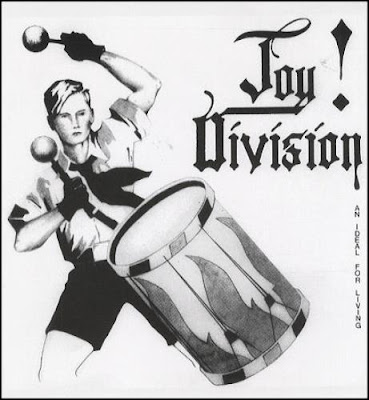 On September 20, 1978, the Manchester band Joy Division made their television debut performing "Shadowplay" on Granada TV's "Granada Reports". The song would appear on the group's 1979 debut album, Unknown Pleasures. It takes a short while before Ian Curtis loses him in the music. His joyous dancing always offered a stark contrast to his lyrics.

At this point, in 1978, Joy Division had only released An Ideal For Living, an EP many fans disregard because the band has yet to find their sound and nobody quite understands the Aryan symbolism. Though recorded in 1977, when the band was still calling itself Warsaw, it's worthy of your 12 and a half minutes.


It kicks off with "Warsaw", a Mancunian punk rocker that sounds like something the Buzzcocks might have recorded. Curtis is singing at a higher range throughout the EP. The second song is  "No Love Lost", with its then unheard of two minute instrumental opening. Flip it over, and the B side begins with "Leaders of Men", my favorite song on the EP. The record ends with more punk rock. "Failures (of the Modern Man)".