When I Need Rejuvination 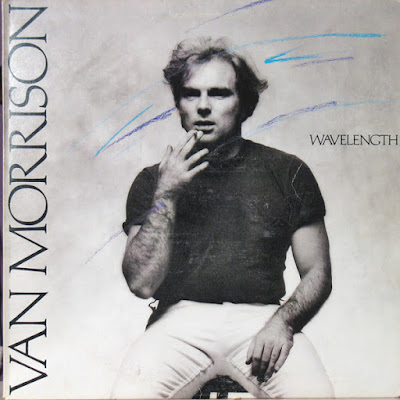 In September of 1978, Van Morrison released Wavelength, best known for its title cut, which like Moondance's "Caravan", is a song about finding God on the radio. Released as a single in 1978, it climbed to number forty two in the US charts, and stayed in the Hot 100 for eleven weeks. The album peaked at US#28 and UK#27.

There is a concept here. Each song marks a period in Morrison's life. From his days attending church in Belfast ("Kingdom Hall") , to listening to the Voice of America as a teen ("Wavelength") to songs about love affairs ("Santa Fe/ Beautiful Onsession").

Writing for Rolling Stone, Lester Bangs was not immediately impressed :

Who has not been waiting for the next great Van Morrison LP? Whether you thought his last masterpiece was Veedon Fleece or Tupelo Honey or even (what I think) Moondance, you certainly were never prepared to write him off. Nobody’s going to write him off because of Wavelength either, but it’s obviously not the album he is still destined to make.

Something comes clear here. Ever since Moondance, Van Morrison has staked his claim to the rare title “poet,” mostly on the basis of what amounts to a bunch of autumn leaves. Look at those records lying there—Tupelo Honey, Hard Nose the Highway—the best as good as the worst, and all of ’em slowly turning brown. You wanta kick ’em just like a pile of crumbly leaves? Well, go ahead and do it. And kick Van Morrison too. Because he’s a saint. Yeah, that’s exactly why he needs the boot.

At least that’s what it says on the lyric sheet.

And make no mistake, we’re supposed to notice the lyric sheet—the only other Morrison LP that had one was Hard Nose the Highway, itself a rather pointed statement regarding leaves and such. “Such”: that’s what Van Morrison’s interested in—roamin’ in the gloamin’ and divers other top-hat autumnal falderal. Linden Arden stole the highlights, but where did he take them? Way back home, that’s where. Leaving us with another album of furry-nosed nuzzlings in the fleece. But about this time, one begins to wonder: nowadays does this artist ever come bearing anything other than said fleece? Naught.

Wavelength is a very nice record. I’m sure all the people at Warner Bros. are pleased with it. Ditto the DJs. It probably would also be really groovy for somebody’s idea of a wine-and-joints, Renaissance-fair garden party. It makes a lovely sound, breaks no rules and keeps its grimy snout (or, rather, that of its maker) out of the dark places that mainstreams step correctly over. Rigid. The singer has a nifty little band here, what with Bobby Tench, Peter Bardens from the original Them and even great googamoogah Garth Hudson sittin’ in on various instruments. Well, take me back to Orpheus Descending!


...It do confound how such a monumental talent can mire himself in such twaddle, fine as some of it may be.

There is a kind of resolute silliness about a lot of the stuff Van Morrison’s been doing for the last few years: he wants to make records for cookouts, we keep probing for his bardic soul, and the whole mess is ridiculous because he was actually only specific for one very tight stretch there, enclosing “T. B. Sheets” and Astral Weeks. As for the rest—i.e., the main body of his work—he truly delights in the glancing perception and all the filigree in the world. (But what kind of perverted universe reigns—and what kind of bray-orbed, Fellini-trite monstrolas might issue forth—when filigree becomes the body?) What, finally, are his beloved, infinitely extensive out-choruses but filigree? The last half of “Madame George” may be the all-time tightrope act, but, on Wavelength, he really gets down to it and dubs the endless out-choruses of “Santa Fe” a whole new song.

So I guess he has finally achieved what he maybe set out to do in the first place: make the edge the center. The result, unfortunately, is a perfect bubble of smoked cheese. It’ll do for the party, but it leaves certain sorta primal questions so far from resolved that—well, no, we never quite give up, do we? It is damn well roundabout known that Van Morrison records about four times as much music as he releases. Some of these great, edgy, eternity-shale, sax-bitten pieces leak out occasionally, and that’s just fine. We’re gonna deserve something beautiful to listen to in our old age.
at 2:00 AM