To Ferry Me Over 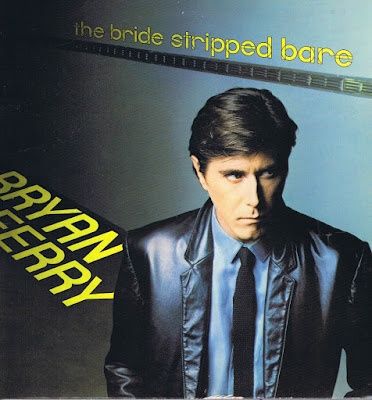 On September 1, 1978 Bryan Ferry released The Bride Stripped Bare, a commercial dud that deserves more attention. In fact, this is the fourth post of the year featuring songs from the album. (The others were about his cover of "Take Me to the River", the "Sign of the Times" single and his cover of the Velvet's "What Goes On".)

The album, which peaked at UK#13,  was recorded with California session musicians ( including Linda Ronstadt's guitarist Waddy Wachtel) after Jerry Hall left Ferry for Mick Jagger in 1977 and contains many songs of heartbreak. The lovely traditional ballad "Carrickfergus" is another highlight.

Critics had mostly good things to say about The Bride Stripped Bare.

Already a certified commercial stiff after only a couple of months in the racks, this stunningly personal album—comparable in its way to Van Morrison’s Astral Weeks, Jesse Winchester, John Cale’s Vintage Violence or Bob Dylan’s Blood on the Tracks—continues to deepen the Don-Juan-in-Hell persona this English eccentric has explored throughout the decade.

"Maybe the smoke in Bryan's eyes has finally reached his heart; the apparent sincerity of some of the singing here makes those five-minute moments when he lingers ponderously over a key lyric easier to take. ...The Los Angeles musicians don't hurt either – the conjunction of his style of stylization (feigned detachment) makes for interesting expressive tension."

Roxy Music would reunite later in the year and begin recording Manifesto, their first studio album since 1975's Siren.