Waiting, We Were Waiting 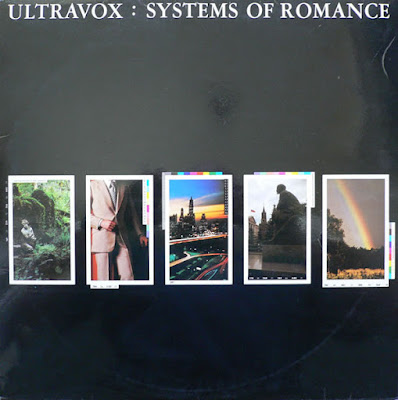 In September of 1978, Ultravox released their third album, Systems of Romance. Recorded with Kraftwerk producer Conny Plant co-producing in his studio in Germany, the album pushes the synthesizers to the front on many tunes. The album didn't sell. Island dropped the band and singer/songwriter John Foxx bailed. But not before releasing this album, a major inspiration to all the synth bands that would follow. ( I'm looking at you, Gary Numan)

If the last year has taught me anything, it's how much I don't know about the early versions of some bands I played on my college radio shows in the 1980's. Bands Japan and Ultravox weren't just another in a series of New Wave or New Romantic bands. They were, along with their huge nods to David Bowie,  the forefathers of these sounds.