Down Beat's Most Famous One Star Review 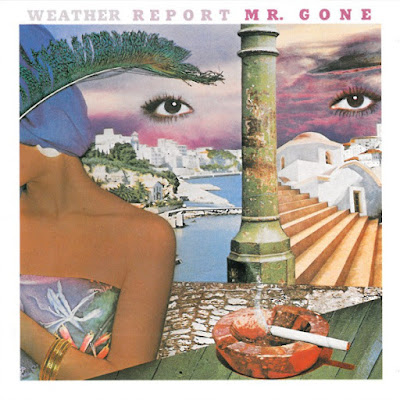 In September of 1978 Weather Report released Mr. Gone, their follow up to Heavy Weather, voted 1977's album of the year by Down Beat Readers. Heavy Weather received a 5 star review from the magazine. This album got only one star in a review so controversial leader Joe Zaniwul joined many readers in protest.

An excerpt from critic David Less:

“Where earlier Weather Report records possessed a sense of adventures, Mr. Gone is coated with the sterility of a too completely preconceived project. While Weather Report was innovative and pivotal in its first experiments, the members now seem out of touch with their basic responsibility as musicians: to communicate. By not taking chances they have nothing to lose, but conversely they have nothing to gain. Weather Report’s status has shifted over the years from a combo of premier jazz-rock innovators to a super-hip rock band with jazz overtones. This LP should prove disappointing to those Weather Report fans who still remember the genuine excitement of its earlier efforts.”

This wasn't the only bad review the album received. NME's Max Bell wrote “Weather Report are suffering an identity crisis which has completely mitigated the potential of Mr. Gone.

Joe Zaniwul has never gotten over the bad review:

“I was angry about it, not because somebody gave it one star. That is totally a reviewer’s right and privilege. What I didn’t like is that it was such a good production. A lot of effort went into that, and we’re no dumb motherfuckers, you know? We tried to do something a little different. Maybe it didn’t come off yet as well as it did later. That is also a point. But, to give somebody one star is just outrageous. Therefore, I was mad at the time, and I am getting mad now.”

All I know is Mr Gone is the first jazz album I ever purchased. I wonder now if the salesman at the record store was under orders to try to sell this album to any shoppers who walking around looking confused. It wound up joining George Benson's Breezin' as my background music for studying.