Just For the Funk of It 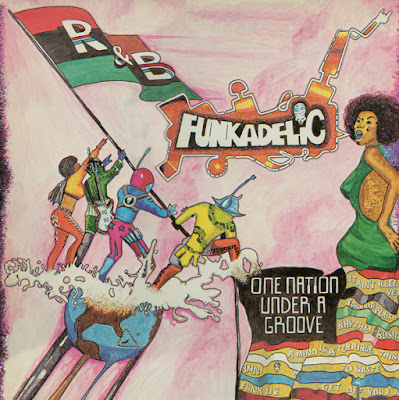 Funkadelic : One Nation Under a Groove

On September 22, 1978 Funkadelic released the million seller, One Nation Under a Groove, featuring a title cut that would top the R and B charts.  Mastermind George Clinton told The Guardian the song title came from a pair of fans.

We’d played a gig in Washington DC and afterwards two young girls, LaTanya and Darlene, came up to the car and told us it was was the best concert they’d ever seen. They said: “It was like one nation under a groove.” As soon as I heard that, I knew it had to become a song.

Initially, all I had was a hook – “One nation under a groove, gettin’ down just for the funk of it.” In the studio, once we got a rhythm together, I pretty much ad-libbed the rest. I wanted the silky feel of the Dionne Warwick records with Burt Bacharach – a smooth groove, but funky.

The album ranks #177 in Rolling Stone's list of the 500 Greatest Albums of all time. 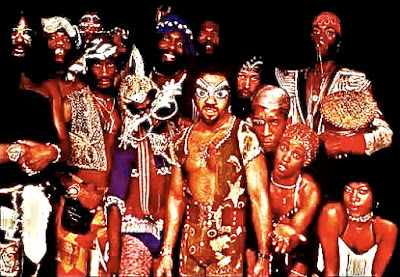 The Dean of rock critics, Robert Christgau, gave the album a rare A grade, writing:

I can't figure out why some Funkateers profess themselves unmoved by this one. The twelve-incher does come up a little short on guitar, but a generous Hendrix fix is thoughtfully provided on a seventeen minute, seven-inch third side, and the title cut is as tough and intricate as goodfooting ever gets. Plus: "Who Says a Funk Band Can't Play Rock?" and "Into You," two manifestos that bite close to the bone, and "The Doo Doo Chasers," a scatological call-and-response cum responsive-reading whose shameless obviousness doesn't detract from fun or funk. Fried ice cream is a reality! Or: Think! It ain't illegal yet!

Labels: 1978, Funkadelic, George Clinton, One Nation Under a Groove