A Dragon With Matches 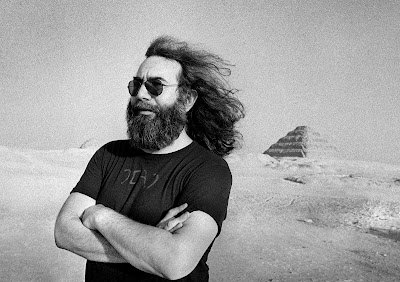 Grateful Dead : Fire on the Mountain

On September 14, 15 and 16 of 1978 The Grateful Dead performed an open air concert in Giza, Egypt near the Great Sphinx. On the final night of the concerts, the band played during a total lunar eclipse. Most of the people in the audience were America deadheads. But on the outskirts of the concerts, shadowy figures could be seen swaying to the music. They were bedouins, the nomadic horsemen of the desert, drawn by the loud music.

How did this ever happen? It began with a visit by tourist Richard Loren, who happened to manage The Grateful Dead. He brought Dead bassist Phil Lesh back with him.

"It sort of became my project because I was one of the first people in the band who was on the trip of playing at places of power, "Lesh said. " You know, power that's been preserved from the ancient world. The pyramids are like the obvious number one choice because no matter what anyone thinks they might be, there is definitely some kind of mojo about the pyramids."

The concert wasn't cheap but it would become legend.

"Egypt instantly became the biggest, baddest, and most legendary field trip that we took during our entire thirty years as a band," said drummer Bill Kreutzmann. "It was priceless and perfect and, at half a million dollars, a bargain in the end. Albeit, a very expensive bargain." 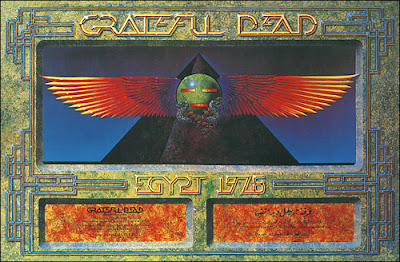 There had been plans to release the concert recordings as a live album but the band decided to focus their attentions on finishing up Shakedown Street, released in November of 1978. A box set called Rocking The Cradle : Egypt 1978 was eventually released in 2008.