Buddy You Have a Problem 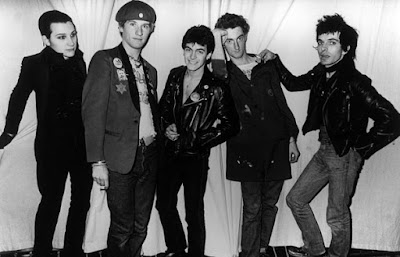 On May 10, 1977 The Damned recorded their second Peel session, performing " Sick Of Being Sick" "Stretcher Case Baby" ( both to be released as a new single in July but with only 5,000 copies issued), plus two numbers from their debut LP, "Fan Club " and "Feel the Pain". Is that Dave Vanian who responds to Peel's band introduction with "Thank you very much John, you old sod. And I'd like to say to each and everyone that bought our last LP and made us stinking rich so we can earn 12 pounds a week instead of 11"?