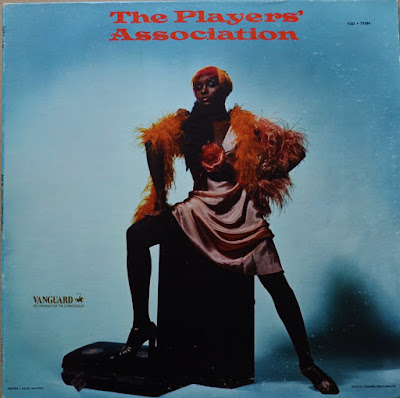 I discovered this beauty on a deep dive through the Opium Hum blog, and only learned recently that The Players Association debut was actually a pretty popular album in its time. It danced its way into the Top 40 Jazz album chart ( thanks to all the flute, sax and trumpet solos) and even made its way into the Top 30 Black albums chart thanks in large part to their disco/jazz take of the Diana Ross #1 smash "Love Hangover". Drummer Chris Hills led the New York City based band. Jazz musicians would swing by to fill in here and there. That's Return to Forever veteran Joe Farrell playing flute on "Love Hangover", which was a popular tune at the discos in 1977.