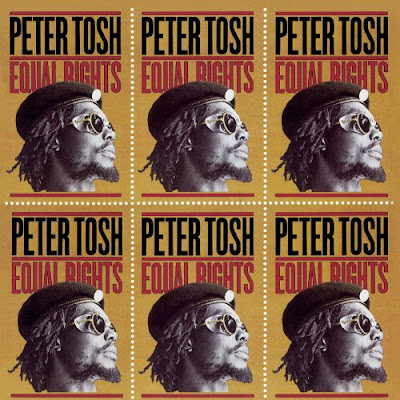 In 1977 former Wailer Peter Tosh followed up Legalize It with Equal Rights, an album with a much heavier and more widely encompassing message. If music critics took Tosh lightly, they were in for a surprise.

"Legalisation of herb is only part of the justice that man is supposed to get, but equal rights is all of man's rights, seen?"

The album was recorded in Jamaica, a nation in crisis. Power cuts, rationing, roadblocks and outbreaks of violence made it difficult to get around. Tosh, Robbie Shakespeare, Sly Dunbar and others recorded on a 12 track Ampex at Randy's in Kingston. 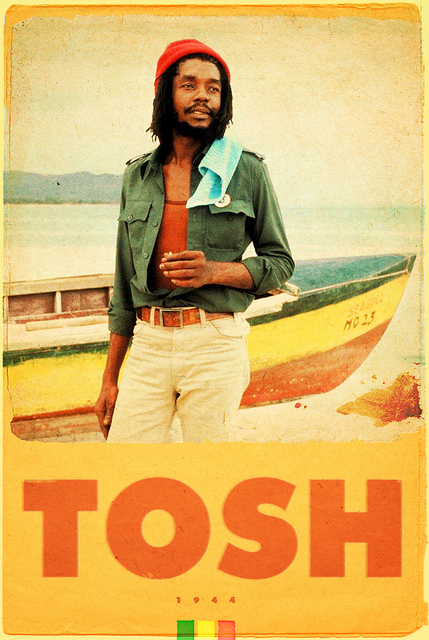 The Equal Rights track "African" is one of Tosh's most enduring songs. Like "Apartheid", it's inspired by the South African townships taking on the apartheid regime. As John Masouri notes in Steppin' Razor: The Life of Peter Tosh, "African" sounds a lot like a Marcus Garvey speech:

All black people across the globe, in American and in Africa are part of a single race, a single culture and have to be proud of the color of their skin. All of Africa must be independent and united. Africa for Africans!

With Bob Marley in exile, Peter Tosh had become the most prominent Rasta artist left in Jamaica.

The critics knew Equal Rights was special. Robert Christgau gave the alum a B+ grade, writing:

What's most impressive about this music is its sinew. The tracks are strong, yet although they usually include at least seven instrumental parts, they never sound lush, full, or even jubilantly multi-percussive, which given Tosh's increasingly ominous lyrics is a good thing. Yet while Tosh's lyrics are more correct politically than Marley's, they're only marginally more eloquent. His singing is rather less eloquent.

It is an extremely powerful musical collection containing some of the hardest-hitting, most revolutionary lyrics produced anywhere for a long time.

A funny thing happened on the way to New York where Tosh was scheduled to promote the new album on radio stations. He decided to light up a spliff on the plane, which was met by police at Kennedy airport.

Clive Chin, who was arrested with Tosh, said the bail gearing didn't got very well :

Peter cuss him out and says he's the minister for Ganja and herb should be legalized. I couldn't believe it. At one point the judge lean over to the clerk of the court and say "What is he saying ?" The clerk told him Peter must be a mad man or talking in arabic

Tosh and Chin were freed.