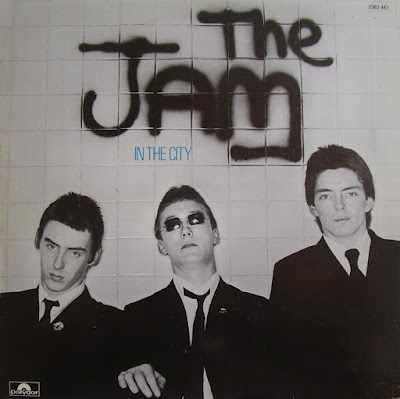 The Jam : Away From the Numbers

On May 20, 1977 The Jam released its debut album, the UK Top 20 hit  In The City. As drummer Rick Buckler noted in his memoir That's Entertainment, In The City was an attempt to capture the energetic band's live sound.The tight trio only needed eleven days to make the album, one of my favorites of theirs.

Among the most memorable tunes is "Away From the Numbers", the shoulda-been-a single track. Rick Buckler again:

"Away From the Numbers" did have something to do with The Who--The Who By Numbers, their album, and their early name, The High Numbers. The song had loads of Who influences in it. I think that song showed us scratching away at that particular heritage. It was all linked to the sixties mod thing. This was the track that we struggled with the most to record, taking a few takes to get it right. I'm not sure we even played it live before we recorded it; we didn't play it much live after either. I mean by the time In The City was up and running we had started working on Modern World as so there were always newer songs that found their way into the set. 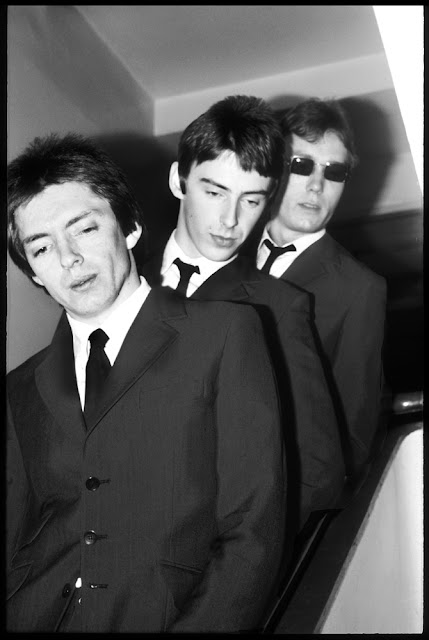 The high energy set was infectious, captivating critics across the pond. Among them Robert Christgau who gave the album an A- rating:

Here we find an English hard-rock trio who wear short hair and dark suits, say "fuck" a lot, and sound rather like The Who Sing My Generation, even mentioning James Brown in one song. They also claim a positive social attitude--no police state in the U.K., but no anarchy either. Is this some kind of put-up job, pseudo-punk with respect for the verities? Could be, but it doesn't matter. When they complain that Uncle Jimmy the "red balloon" (or is it "reveloo"?) never walks home at night, they've got his number, but when they accuse him of sleeping between silk sheets they're just blowing someone else's hot air. In the end, they could go either way--or both. In the meantime, though, they blow me out. These boys can put a song together; they're both powerful enough to subsume their sources and fresh enough to keep me coming back for more.

But the band would make its biggest impact in England where the NME 's Phil McNeill called The Jam "the acceptable face of punk rock" :

The Jam´s commercial potential is enormous. Their music and image and even their infectious teen-orientated ‘rebel’ lyrical pose are sufficiently attractive for them to popularise New Wave to the extent where it becomes meaningless ... 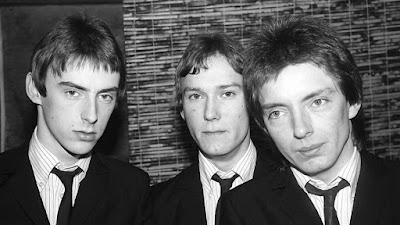 Weller´s chording is inspired, he skitters in early Townshend feedback licks with ease, he layers his guitar in a way that should be an object lesson to Wilko Johnson -- he´s just amazing ... his songs capture that entire teen frustration vibe with the melodic grace and dynamic aplomb of early Kinks and Who ...

Weller´s got a pretty good voice, a little like Cockney Arthur Lee ... the casual poetic edge works better than sloganeering ...

The acceptable face of punk rock indeed. Face it.

And from Melody Maker's Brian Harrigan :

The Jam bear no relation to the mass conception of punk ... part of today´s extensive musical reaction against the dinosaur bands who have dominated rock ...

Obvious that they have a great deal in common with The Who ... considerably more than copyists ... have produced tightly composed and performed songs ...

The Weller composed songs are anything but an embarrassement, he has a deft touch that places his material on a much higher plateau ...

Aggressive choked off vocal and even a reference to James Brown which in itself underlines the commitment to the spirit of the early Sixties ...

Lay down your prejudices and give them a try -- they´re guaranteed not to disappoint.