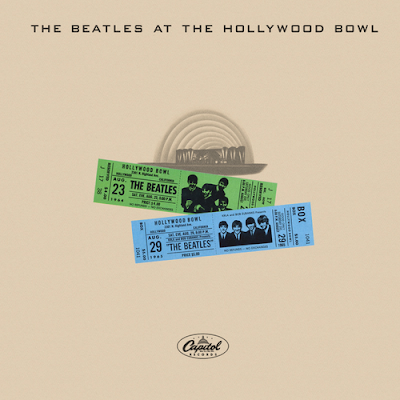 Even The Beatles said there would never be a live album because they couldn't play well among the 17-thousand screaming fans and abysmal stage monitors. Eventually the band learned to play both their instruments and the fans, knowing the slightest smile or rocking head could set off waves of shrieks throughout the crowds. Thanks to a clean up job by producer George Martin, Capitol Records finally believed it has something worth releasing and on May 4, 1977 The Beatles Live at The Hollywood Bowl hit record shops. One side is from The Beatles 1964 show. The other from the '65 show.

Interesting to note that by 1976 The Beatles no longer had any say in what could or could not be released by the record label. So in 1976 we got Rock n Roll Music ( featuring the hit "Got To Get You Into My Life"), this live album and a compilation called Love Songs, both in 1977.

Robert Christgau ranked the album #12 on his list of 1977 favorites:

A tribute not only to the Beatles (which figured) but to George Martin and Capitol (which didn't necessarily figure at all). The sound rings clearly and powerfully through the shrieking: the segues are brisk and the punch-ins imperceptible; and the songs capture our heroes at their highest. Furthermore, though the musicianship is raw, the arrangements are tighter (faster, actually) than on record .

The album has been remastered and re-released this year to coincide with the release of the Ron Howard documentary The Beatles: Eight Days a Week. 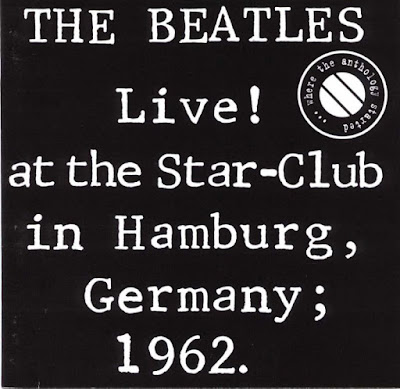 More interesting from a historic perspective is the other live Beatles album, a double record set containing 26 tracks, 13 of which had never appeared before on a Beatles record. They were recorded by a Lancashire butcher named Ted "Kingsize" Taylor who had played with The Dominos,  at The Star Club in Hamburg around the same time The Beatles played.

The Fab 4--with Pete Best still on drums-- knew about the recording and okayed it that night. Brian Epstein later offered Taylor twenty pounds for the tapes. Listening to the muddy, mono recordings, you can hear the Beatles energetically playing "Lend Me Your Comb", Your Feet's Too Big" and several Chuck Berry covers. It's the Fab Four at their rawest.