All Hopped Up And Ready To Go 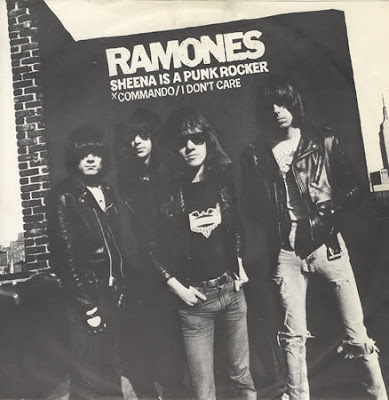 The Ramones : Sheena is a Punk Rocker

On May 15, four days before The Ramones European tour landed in Liverpool, the band's "Sheena is a Punk Rocker" had debuted at #35 in the UK pop charts. The Ramones would play 27 of their 148 shows that year in the U.K., racing through nearly thirty songs a night. The band must have been relieved when they finally arrived in a country where English is spoken.

"It's not like America,"Johnny Ramone told Lisa Robinson who recalls the conversation in There Goes Gravity. "I miss home. We can't find lasagna or ravioli, and I miss milk. All the milk has stuff floating in it."

"The Ramones were like Archie Bunker at the Vatican," said one observer on the tour.

The Ramones toured with supporting act, Talking Heads, who had just released the single "Love -> Building On Fire" and loved touring Europe. "Everything is so scenic," remarked David Byrne.

But, Joey Ramone says, Talking Heads did not go over with the gobbing punk crowd.

"On our second trip over in '77 it was us and Talking Heads...Erics...I don't think The Heads went down too well there - too rowdy a bunch, they wanted to rumble with the Ramones. Talking Heads were too intellectual for that crowd."

One interesting note : In early June at a London show Talking Heads would met future producer Brian Eno, so taken by the band he would write "King's Lead Hat", an anagram for Talking Heads. 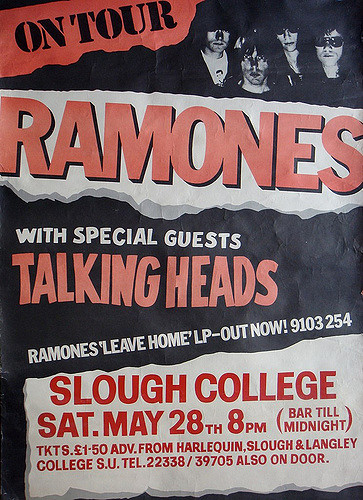 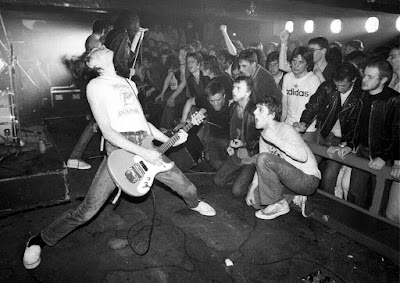 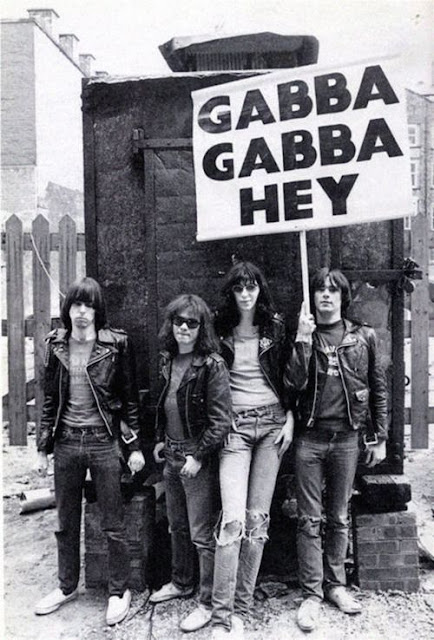 Embed from Getty Images
at 2:00 AM

Labels: 1977, Sheena is a Punk Rocker, The Ramones