Mmmm, You're So Pretty 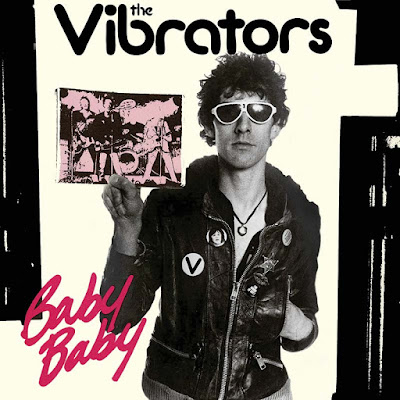 On May 27, 1977, after opening for Iggy Pop on his comeback tour, The Vibrators released their first major label single "Baby Baby". They may have been categorized as a punk band, but these pub rock vets actually could play their instruments. "Baby Baby" has sneering vocals but sounds more like a Mott the Hoople tune than something out of the U.K. punk rock scene. The NME critic wasn't impressed :

Sounds like the Hendrix version of Dylan's "All Along The Watchtower" would've done if the Vanilla Fudge had gotten hold of it. A rather slender little pop song with studiedly naive and innocent vocals, embellished with neat drumming: it'll take more than this to get you up there with the Big Five, boys.

I'm guessing the Big Five were the top punk bands of the day : Sex Pistols, The Clash, The Damned, The Stranglers and ...The Jam? Upon the release of their debut album, Pure Mania, in June The Vibrators would tour the U.K. with -- you might have guessed it -- former Mott frontman Ian Hunter.