When Love is the Question 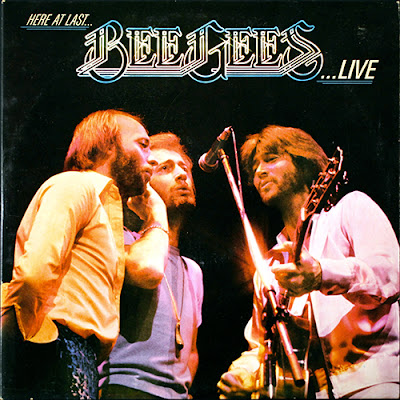 The Bee Gees : Can't Keep a Good Man Down

In May of 1977 The Brothers Gibb released a double live album, all recorded on December 20, 1976 at the LA Forum. Here at Last Bee Gees ...Live would sell five million copies worldwide, but would stand as a mere footnote to what was to come.

After mixing the live album, and dubbing in whatever fixes they needed, The Bee Gees and their band recorded a few new songs at the Château d'Hérouville  for a low budget film originally entitled Tribal Rites of the New Saturday Night, produced by RSO chief Robert Stigwood. Released in December of 1977, Saturday Night Fever would be a massive hit with a soundtrack selling 15 million units.

I was one of those who received the soundtrack for Christmas. I wanted to explore the Bee Gees back catalog and I think this was the only album I could find. It may not be the most rocking live album ever recorded. In fact it may be the least. But it's enjoyable-- a smart mix of their disco hits, near hits and medleys from their 60s era hits. Let the other guys listen to Double Live Gonzo, I have more fun revisiting this magical evening.